The name “bottlenose” comes from this dolphin’s elongated upper and lower jaws that form what is called the “rostrum.” 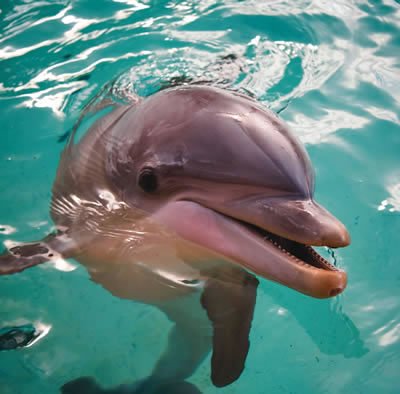 A dolphin’s skin is actually composed of three layers: the epidermis, dermis, and hypodermis (blubber layer). Its core temperature is kept warm by this layer of blubber. The skin contains microdermal ridges, which trap water molecules at the surface of the skin, allowing the dolphin to swim with less resistance, since a liquid moves more easily past another liquid than past a solid. What a wonderful provision by the dolphin’s Creator.