On Day Five of Creation Week, God filled the oceans with living creatures. All of these creatures are well designed to live their lives in the water. One of these animals God made on Day Five is the biggest animal to ever have lived—the blue whale. It is very well designed for a life in the open ocean.

Blue whales have huge mouths and their throats are able to expand like a balloon so they can fill their mouths with gallons of water at once. Now, instead of teeth, a blue whale has baleen (buh-LEEN) plates. They will swallow a massive mouthful of water and then force the water out of their mouths, through their baleen plates. Thousands of tiny shrimp-like creatures called krill get stuck in their baleen, and then the whale swallows a yummy meal. They eat up to 4 tons of krill every day! 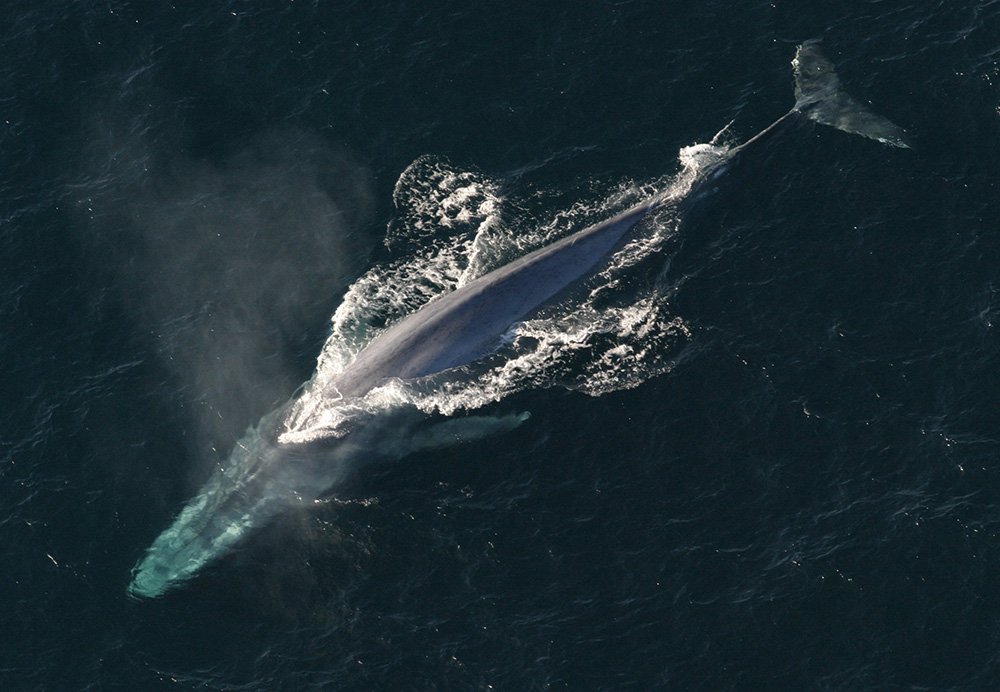