The beluga whale is known for its milky white skin. Young are gray or pinkish brown at birth but fade to white as they grow. 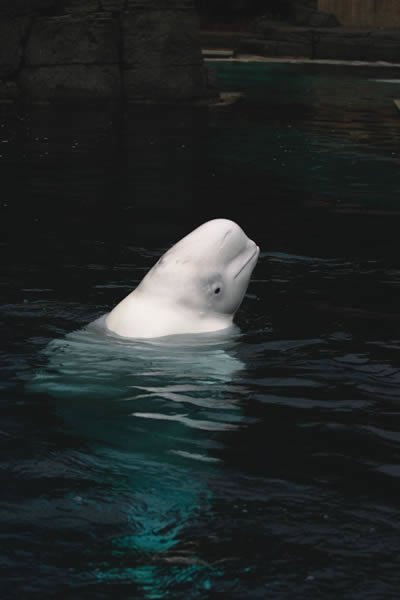 About fifty percent of the beluga whale’s weight is fat, and its blubber is about 4 in (10 cm) thick. These features are possibly adaptations of the original created kind as it adjusted to the colder waters of the Arctic region. The area’s climate would have dramatically changed after the Ice Age that followed the global Flood.