The lobster has a unique design. Its mouth is used for much more than just eating. 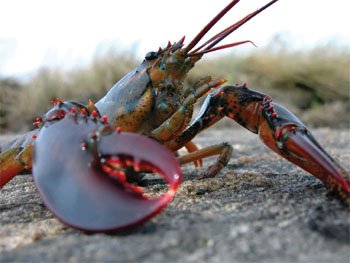 The lobster has a unique design. Its mouth is used for much more than just eating. If a lobster loses its claws and legs, it will use its mouth to pull itself around. The lobster does not chew its food; instead it has three grinders in its stomach that process the food. It uses its long antennae to feel the surrounding area, and its short antennules provide its sense of smell, which helps the lobster locate prey, predators, mates, and opponents. These designs all help the lobster survive.