Cell and developmental biologist and author of Replacing Darwin 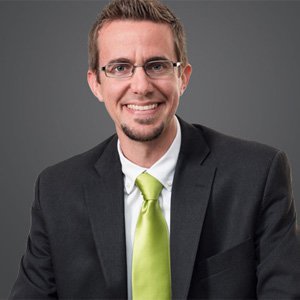 Dr. Nathaniel Jeanson is a research biologist, author, and speaker for Answers in Genesis. He holds a PhD in cell and developmental biology from Harvard University.

Dr. Jeanson grew up attending church each week and prayed the “sinner’s prayer” many times. He says that he did all the right things on the outside, but he sinned over and over when people weren’t looking. When he was in college, he was reading and studying the book of Hebrews and realized what the gospel really meant for him. His life was changed.

Since Dr. Jeanson’s dad was a dentist and his mom was a nurse, he grew up learning about health and life science. He loved science. In high school, he was so excited to get a head start on scientific material that he took the chemistry book home to study over the summer.

In college, he heard about a school that offered a molecular biology program. Molecular biology is the study of the structure and function of tiny things like proteins or amino acids that are essential to life. Once he learned how molecular biology impacts human health, he knew it was a natural fit for him. He attended the University of Wisconsin–Parkside, and in 2003 he received his bachelor of science in molecular biology and bioinformatics.

While Dr. Jeanson was studying molecular biology, his interest in cancer research grew. He decided to further his education through graduate studies (studies conducted after finishing a first degree) at a university that did cancer research or was affiliated with cancer institutes. Eventually Dr. Jeanson chose Harvard University where he studied in their biology and biomedical sciences program. He did his thesis research (research to earn your PhD) on adult stem cells (cells that have not yet become a specific type of cell) and published several papers on his research.

About halfway through his PhD program, Dr. Jeanson’s interests began to shift from cancer research to ministry. He wondered if he could use his degree in overseas missions and even considered leaving science and instead attending seminary for Bible training. Eventually, he decided to finish his degree and received his PhD in 2009. Afterwards, he joined the Institute for Creation Research (ICR), where he used his scientific training to do research proving that the Bible is true and can be trusted. He used science and ministry together.

While on a speaking trip with ICR, Dr. Jeanson met the woman who eventually became his wife. They were married in 2012 and now have three children.

Dr. Jeanson eventually left ICR to join Answers in Genesis, where he researches DNA comparisons to help explain the true origin of the species. His groundbreaking research confirms a recent origin of the species, which have developed according to their kinds, just like the Bible says.