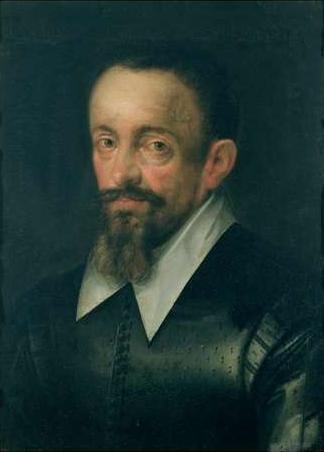 Johannes Kepler is considered to be the founder of physical astronomy. He discovered the laws of planetary motion, developed the first tables for tracking the movement of stars, contributed to the development of calculus, and proved the planets orbit in ellipses, not circles, around the sun. He believed that since everything was designed by an intelligent Creator, the laws of the universe had to follow some sort of logical pattern.

Johannes Kepler was born in Germany in December of 1571. As a young boy, he was often sick and stayed with his grandfather when his parents were away for long periods of time. His grandfather was a Christian, and although he did not have much money, he sent Kepler to school to get an education. At school, Kepler’s teachers quickly realized his potential.

In 1587, Kepler attended the University of Tübingen, where he studied Hebrew, Latin, Greek, the Bible, astronomy, and mathematics. Kepler’s astronomy teacher was Michael Mästlin, who believed that all the planets revolved around the sun. Many scholars at the time still thought the earth was the center of the solar system. After obtaining his master of arts degree, Kepler studied theology but accepted a job as a math teacher before he finished his studies.

In addition to teaching math, Kepler became the district mathematician. His job involved surveying land, solving arguments over the accuracy of weights used in businesses, and making calendars. Our calendars today usually include information on phases of the moon and holidays. In Kepler’s time, calendars included information specific to everyday life, such as the best time to plant and harvest crops.

Kepler knew that since the universe was designed by an intelligent Creator, it had to follow a pattern governed by laws and logic. He did not accept the idea of a disorganized universe, even though other scientists of his time had since given up on searching for patterns. His math skills impressed renowned astronomer Tycho Brahe, who invited Kepler to join his team of astronomers. With access to Brahe’s advanced equipment, Kepler could finally study planetary motion in-depth. In his book Harmony of the Worlds, Kepler said, “Great is God our Lord, great is His power and there is no end to His wisdom.”

Kepler made other contributions to science as well. He discovered a supernova, improved the telescope, and located stars and planets. He also studied the Bible throughout his life, and he was determined to give glory to God. In one of his books, he wrote, “Since we astronomers are priests of the highest God in regard to the book of nature, it befits us to be thoughtful, not of the glory of our minds, but rather, above all else, of the glory of God.” He was also the first scientist to say he was “thinking God’s thoughts after Him.” Kepler’s writings made it clear that he believed in an all-powerful Creator.