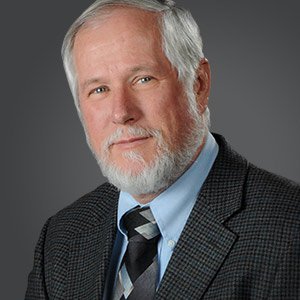 Danny Faulkner is a scientist who works at Answers in Genesis. He is a stellar astronomer, someone who studies stars. Because he has a passion for both astronomy and ministry, he feels blessed to work at Answers in Genesis, sharing his research with the many guests who visit the Creation Museum.

Faulkner came to know Jesus during VBS at his church when he was six. His father was a pastor of a church in a small town, allowing him to grow up in a Christian home. In his sophomore year of high school, he dedicated his life to creation science. He wanted to use his talent and love for astronomy to glorify God.

He received his PhD in astronomy from Indiana University and his master of science in physics from Clemson University. He was a professor at the University of South Carolina Lancaster for over 26 years. Although he loved his job teaching students at the university, he felt called by God to join the research team at Answers in Genesis.

At Answers in Genesis, Faulkner runs the observatory to look at stars and planets. He was one of the contributors to the documentary Is Genesis History? and writes many articles on stars and the motion of the planets. He also wrote several books on topics related to astronomy, most of which are in the Creation Museum’s bookstore.

Faulkner has published many articles in Astrophysical Journal, Astronomical Journal, and Observatory. In his many years of research, he has never found anything in astronomy that contradicts a recent creation. He discovered early on that the stars and planets point to God’s amazing design.