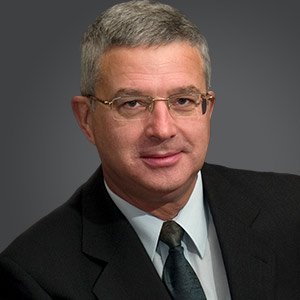 Dr. Andrew Snelling is a geologist who serves as Answers in Genesis’ Director of Research and the editor-in-chief of the online Answers Research Journal, a technical journal where creation scientists can publish their research findings.

Dr. Snelling was raised in a Christian family in Sydney, Australia. He gave his life to Christ when he was nine years old, and he soon became very interested in rocks and minerals. This led him to want to study geology, the science that deals with earth’s structure and the processes (such as erosion) that act on the earth.

Dr. Snelling always believed that the Bible is both true and the authority on every subject. He learned about evolution and millions of years in his teenage years, but he chose to trust the Bible’s account of history instead. By the time Dr. Snelling attended the University of New South Wales in Sydney, Australia, he knew he wanted to work in creation ministry to show others that the Bible is true when it talks about a young creation and a global Flood.

In 1975, Dr. Snelling earned a Bachelor of Science in applied geology and graduated with first class honors. He then attended the University of Sydney, also in Australia, and earned his PhD in geology in 1982. In between his studies and after he graduated, Dr. Snelling worked for six years as a field, mine, and research geologist for three different exploration and mining companies across Australia. 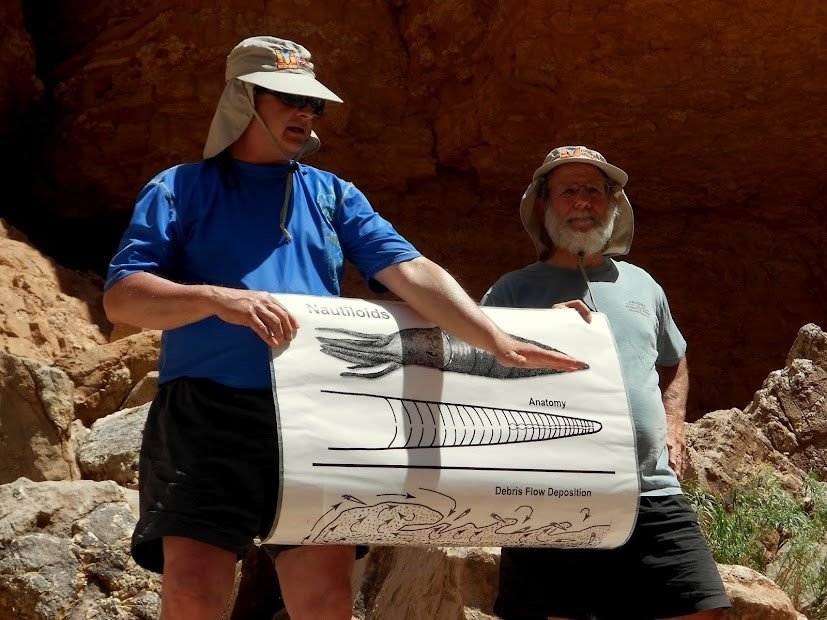 Dr. Snelling (left) giving a lecture in the Grand Canyon. Tom Vail is on the right.

Dr. Snelling started working in creation ministry full-time for the Creation Science Foundation of Australia with his friend Ken Ham in 1983. In addition to his work in creation ministry, Dr. Snelling also worked as a geological consultant and was involved in several Australian research projects. During this time, he wrote numerous scientific reports and papers that were published in science journals and books. 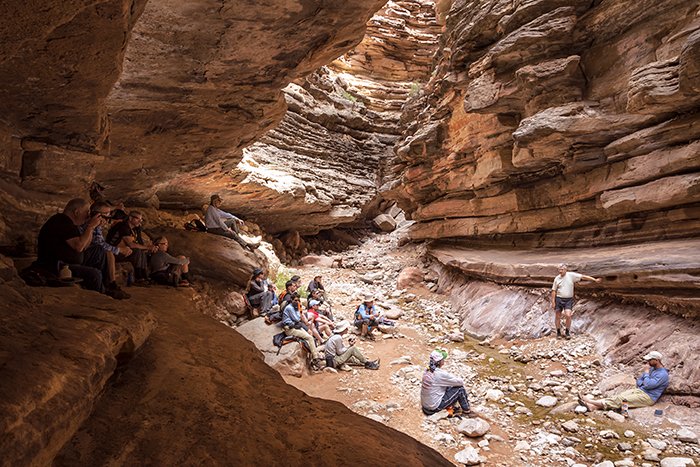 Dr. Snelling (second from right) giving a lecture in Blacktail Canyon. He is standing on rocks from the Creation Week, while touching rock layers laid down by the Flood. The contact line between the two is known as the Great Unconformity.

In 1998 Dr. Snelling joined the Institute for Creation Research, then near San Diego, California, as a professor of geology for their Graduate School. He led geology tours of the Grand Canyon, Yosemite, Death Valley, and even England, UK. He also continued to do research and writing, that included leading the eight-year RATE (Radioisotopes and the Age of the Earth) project which studied a method called radiometric dating that tries to determine the age of rocks. The RATE team revealed that radiometric dating doesn’t give reliable ages. This means that the claims that rocks are millions of years old are wrong. 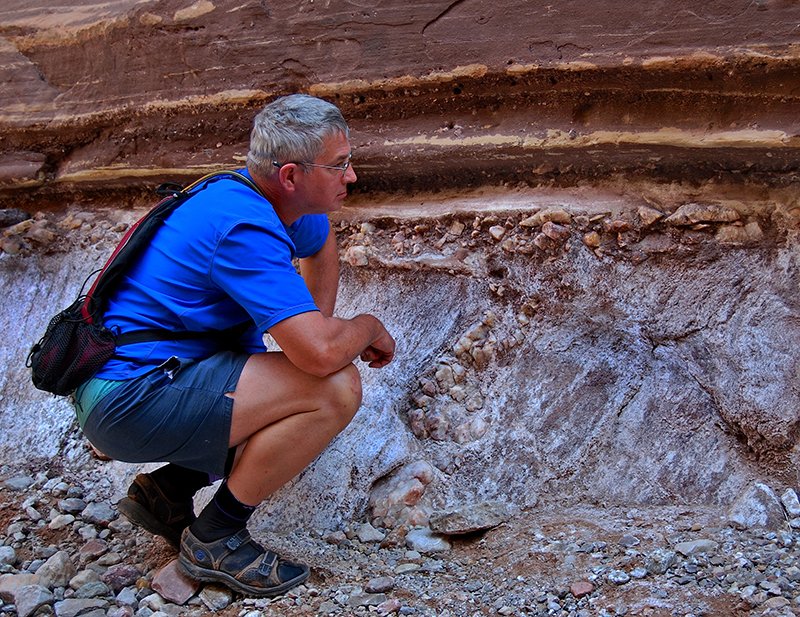 Dr. Snelling joined Answers in Genesis in 2007 and eventually moved from Australia with his wife, Kym, in 2011. Over the course of his ministry, Dr. Snelling has travelled all around the world sharing the truth of God’s Word and the reality of the Bible’s account of creation and the Flood with other geologists, students, and laypeople (non-geologists). He continues to study God’s creation and, through his research, has always found the Bible to be an accurate account of history.

Doesn’t the Order of Fossils in the Rock Record Favor Long Ages?