Unconformities—Millions of Years of Missing Rock?

Geologists’ understanding of the Earth is in part based on the information gathered from exposed parts of the planet’s crust, such as cliff faces, mountains, or canyons. These rocks reveal the history of the Earth, and enable scientists to piece it together. A classic example is the Hutton Unconformity where the rock outcrop is exposed at Siccar Point, Scotland. It was here in 1788 that James Hutton realized many geological truths that remain valid today.

There, in a sea cliff, Hutton observed flat-lying layers of red sandstones resting on top of nearly vertical layers of gray shales. He realized that the gray shales, which had been deposited in water, must have been uplifted, tilted, eroded, and then once again submerged by an ocean from which the red sandstones were deposited. This so-called “unconformity” represents an extensive period during which no sediments were deposited—20 million years in the case of the Hutton Unconformity. This discovery overturned previous beliefs that the Earth was only 4,000 years old, and spawned the field of modern geoscience. (www.amnh.org/rose/hope/rocks/)

Notice that the “overturning” of the biblical timeframe (a 6,000 year-old earth, not 4,000 years old) was based on Hutton’s interpretations of what he saw. What he observed were layers of rock on top of each other; what he interpreted was that millions of years occurred between the deposition of these layers. However, it stretches the imagination to think that, in this example, 20 million years passed without any sediments being deposited or eroded.

The difficulty with the extended time proposed for these gaps is that one cannot have deposition, nor can one have much erosion. With deposition, there is no gap, because sedimentation continues. With erosion, one would expect abundant channeling and the formation of deep gullies, canyons and valleys; yet, the contacts are usually “nearly planar.” Over the long periods of time envisaged for these processes, erosion would erode the underlying layers and much more. (“Those gaps in the sedimentary layers,” Origins, vol. 15, 1988, p. 90.)

Where erosion can clearly be seen to have occurred at these breaks between rock strata …, creationists maintain that the erosion was very rapid, facilitated in many cases by erosion occurring in soft, “non-hardened” rock. Consequently, rather than having a land surface exposed for enormous periods of time after an ocean retreated, the same Flood processes responsible for depositing the sedimentary layers were also capable of eroding significant thicknesses of both loose sediment and consolidated rock. (“The case of the “missing” geologic time,” Creation 14:3,1992, pp. 30–35, online at www.answersingenesis.org/geology/rock-layers/the-case-of-the-missing-geologic-time/.) 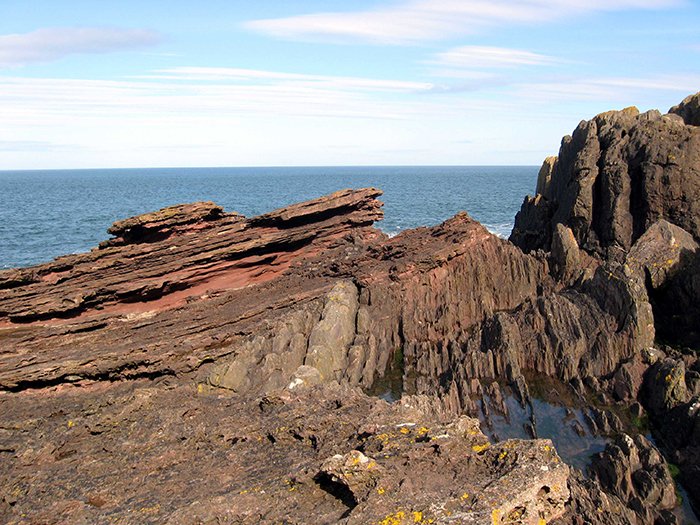 By Dave Souza, via Wikimedia Commons

Rock layers in hours—can it be?

Audio Download
Previous Article How Old Are Rocks? Next Article Is There an Order to the Fossil Record?