*IMPORTANT: For safety reasons, Plaster of Paris should be mixed according to the manufacturer's directions and away from the children (preferably outside). 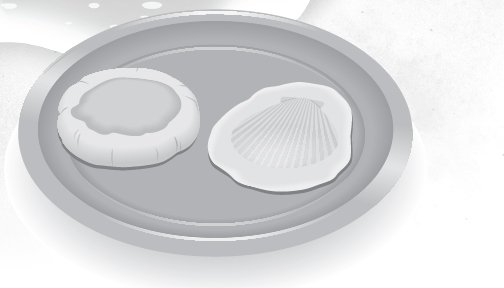 Anybody know what a fossil is? Take responses. Show examples of different fossils if you have any. A fossil is a plant or animal that has turned to stone. It takes millions and billions of years for a fossil to be formed, right? Take responses. No way!

The worldwide Flood of Noah’s day is a great example of fossils being created under the right conditions. When the Flood came, what happened to everything that was not safe inside the Ark? Take responses. It died. Normally when a plant or animal dies, it doesn't get turned into a fossil, because either scavengers come and eat its remains or maybe the sun or germs destroy it. But with the Flood, the conditions were just right for fossils to form. The Flood waters came with lots of rain. Does anyone know what happens to the ground and dirt when there is a lot of water that comes upon it really fast? Take responses. Landslides happen. The water can wash the ground completely away! So any plants and animals not on the Ark were being rapidly buried under water and soil that the Flood waters washed away. The plant or animal was suddenly buried—nothing was going to come and scavenge it, no elements or germs would destroy it, and over a short period of time, it became a fossil. The rapid burial of plants and animals in the Flood made conditions perfect for the formation of fossils!

Fossils have been found of animals in the process of eating, which proves a rapid fossilization; it doesn’t take millions of years to eat dinner! There have even been fossils found of current objects that were not around millions of years ago or even thousands of years ago, like a hat and a cowboy boot! It just takes the right set of conditions!

Today we're going to have the right set of conditions to create a replica of a cast fossil that you'll get to take home with you!

Give each child a seashell and a small ball of air-dry clay on a paper plate. Tell the children the clay is like the ground during Noah’s Flood. Have the children flatten the clay, then smear some petroleum jelly on the outside of their shell. (The petroleum jelly is so the shell won’t stick to the clay.) Have them press their shell into the clay (gently so as to not break it, but make sure to create a good impression). This is like the animals that did not survive the Flood getting pushed into the soil. Remove the shell from the clay. Their ball of clay should now have an impression of the shell. Fill the shell impression in the clay with enough Plaster of Paris to fill the impression. Because the plaster takes 20–30 minutes to set (and at least 24 hours to thoroughly dry), you'll probably need to send it (with the clay) home with the children. Instruct them to remove the clay at home to reveal their "cast fossil." Or wait to send them home the next day. (Make sure to label with names.)

Imagine the number of fossils that could have been formed during the Flood. With the whole surface of the earth changing, the conditions were perfect for rapid burials and rapid fossilization!

Pass out the Flood Legend card for today and remind children that the flood legends found around the world are remnants of the true account given in the Bible.