Beautiful, dancing lights in the sky have puzzled people for a long time. What causes the night sky to light up with moving streaks of color? These lights appear most often near the earth’s magnetic poles (you may know them as the north and south poles). In the north (the Arctic), they are called the aurora borealis or northern lights. In the south (Antarctica), they’re known as the aurora australis or southern lights.

The auroras are caused by the sun. Sunspots (cooler regions on the sun’s surface) cause solar storms. These storms send billions of tiny charged particles toward earth. But surrounding our planet is an invisible magnetic field that keeps these particles from entering our atmosphere. 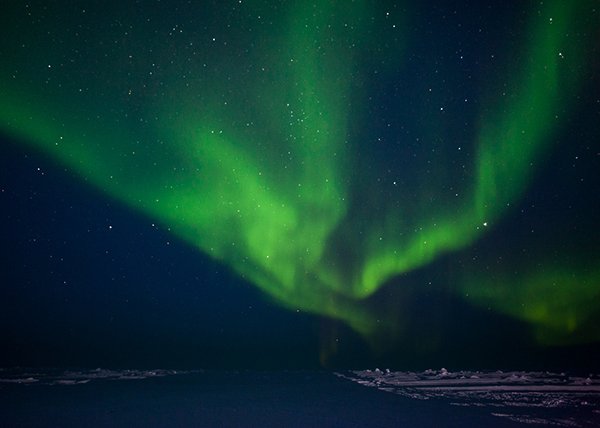 Northern lights over the Arctic. 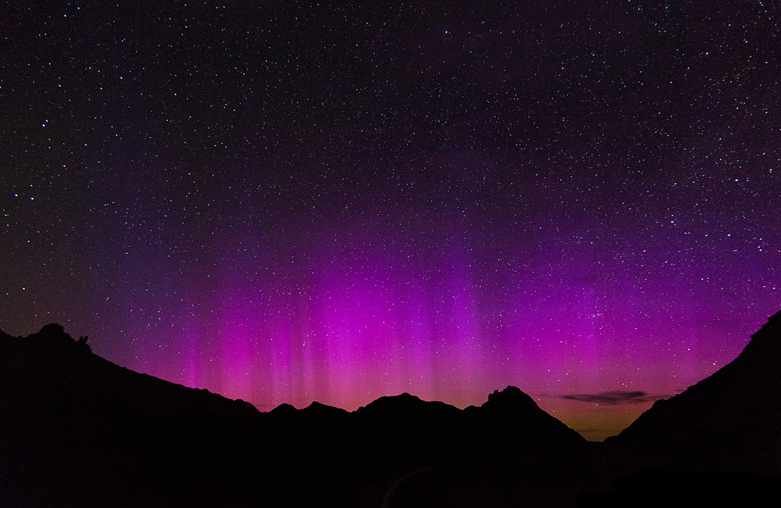 Fun Facts About the Auroras