The Inuit are a people group inhabiting the Arctic regions of Canada, Greenland, Russia (Siberia), and the United States (Alaska). After the dispersion at Babel, people began migrating to different parts of the world. One such group migrated north and east, eventually coming to Siberia. Toward the middle of the Ice Age, some of these people left Siberia and migrated across the Bering Strait (at that time a land bridge between Russia and Alaska) when sea levels were lower. They then spread out across Alaska, Arctic Canada, and eventually reached Greenland.

The Inuit peoples were very resourceful (and still are) in the very harsh climate in which they lived. In most areas, there are no trees, so they learned to make winter homes out of blocks of snow (called igloos) and built summer homes (large tents) out of animal skins. They learned to fish and hunt even the largest of animals (whales in the ocean and wooly mammoths and musk oxen on land). They also developed unique ways to travel in the snow and ice—dogsleds, snowshoes, and shoes with bone or caribou antler crampons (spikes on the bottom) for ice climbing. For traveling on the ocean, they developed kayaks and umiaks (seal-skin covered boats). 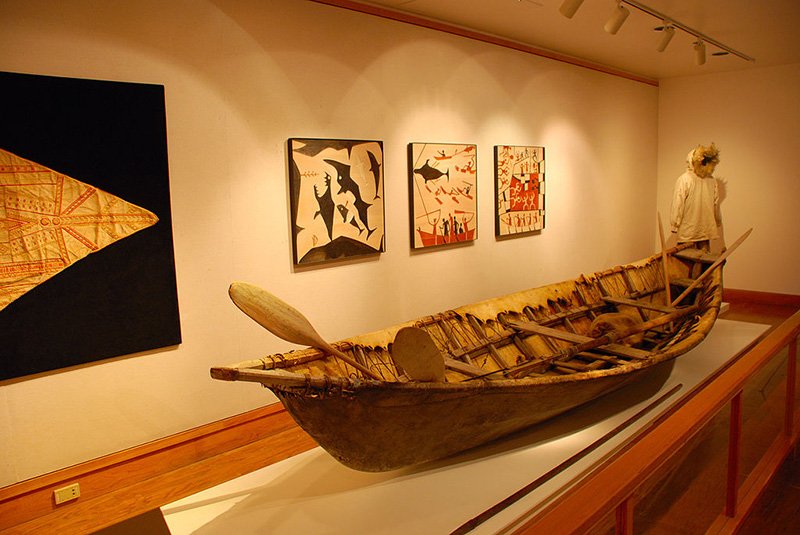 Photo of an Umiak taken at the Anchorage Museum of Art

Fun Facts About the Inuit