How Did All the Animals Fit on the Ark?

Thankfully, the Bible gives us some details about the ark’s construction. The ark had three decks, or floors and was 300 cubits long, 50 cubits wide, and 30 cubits high. A cubit is the measurement from a man’s elbow to the tip of his index finger. Obviously, this varies based on the size of the man. For the Ark Encounter, we used the royal cubit, which is 20.4 inches in length. So when we built Ark Encounter, we made the ark to these measurements: 510 feet long, 85 feet wide, and 51 feet high. That is a big ship. You could fit 450 semi-trailers into the hull of the ark. That’s a lot of space! 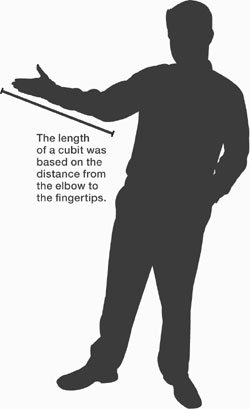 A lot of people still say that even all of this space would not be enough for all the species of animals in the world today, but Noah did not have to take all the species. In fact, the vast majority of species did not have to get on the ark. God told Noah he would only be taking air-breathing, land-dwelling animals on the ark. That means that none of the sea creatures needed to go. Further, God told Noah he would not be taking all the species. God said Noah would take members of every kind (Genesis 6:20).

Kinds are not the same as species. Most kinds consist of dozens or more species. Answers in Genesis asked scientists to do a large-scale study to determine what the kinds that were on the ark would have been. For most land animals, the kind level is probably about the family level of modern classification, which is a grouping of similar animals, such as cats like lions, tigers, and Burmese (oh, my).

In determining how many animals were on the ark, we assumed a worst-case scenario. In other words, if we weren’t sure if two animals were of the same kind, we assumed they were different kinds. For example, in bats we made every family its own kind, even though some of the families could probably be grouped together. Being very careful, the scientists decided that the maximum number of animals that needed to be on the ark was 16,000, with the vast majority being less than 22 pounds. Answers in Genesis believes that there were slightly less than 7,000 animals on the ark, representing slightly less than 1,400 kinds. Some more recent studies show that all that were needed may be as few as 2,000–3,000 animals from as few as 1,000 kinds. 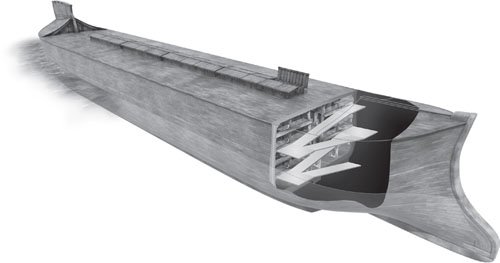 With all this in mind, take another look at the ark. Fitting even 7,000 22-pound animals onto an ark that could fit 450 truckloads inside is no issue at all, right? That amounts to about 16 dog-sized animals per semi-truck trailer. Have you ever seen a livestock truck? There are a lot more than sixteen animals on those, though those animals don’t look very comfortable! God knew exactly how much space was needed because he knew exactly how many animals would need to be on it. God gave Noah the blueprint for the perfect ship to ensure Noah, his family, and the animals could survive the flood—even somewhat comfortably.

Noah’s Ark: Thinking Outside the Box