How Did Noah Get Two of Every Sea Animal on the Ark?

How did Noah get two of every sea creature on the ark? 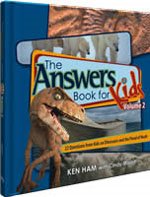 So, did Noah need a great big aquarium on board the ark? No, not at all! See our Bible verse, Heidi? It doesn’t mention sea animals, does it? Noah didn’t need to build an aquarium because the ark was sailing in one . . . and it was plenty big!

We know that many sea animals were killed in the Flood because most of the fossils we have are of sea creatures. The Flood was hard on them because the water was rough, the mud and sediment buried them, and the water temperatures and amount of salt were changing. But God allowed enough of them to survive the Flood so that we still have all the sea creature kinds we see today.