Fun Facts About the Ark!

When did God flood the world?

They were in for a very long trip.

Noah and his family were on the Ark for over a year.

The Ark was HUGE and seaworthy.

There was plenty of room on the Ark for all the animals that God brought to Noah before the Flood. And there was still enough room for all the food they would need (Genesis 6:21).

What did all those animals eat?

Weren't dinosaurs too big for the Ark?

Not at all. The average size of a dinosaur is about the size of a large sheep or bison. God probably sent young, small dinosaurs, NOT old, big ones.

What was the Ark made of?

The Bible says “gopher” wood, but we really don’t know what gopher wood is.

God caused the water to come.

“The fountains of the great deep burst forth, and the windows of the heavens were opened. And rain fell upon the earth forty days and forty nights” (Genesis 7:11–12).

God shut the door of the Ark.

Where is Noah's Ark today?

Only God knows for sure if it is still around. The Bible says, “The Ark came to rest on the mountains of Ararat” (Genesis 8:2). This means it landed in the Middle East, in or near Turkey. (Find Turkey on a globe or world map.)

Where did all the floodwaters go?

They’re still here! At the end of the Flood, the valleys sank down and the mountains rose up. The floodwaters ran off the land and into the oceans.

What is a cubit, and how long is it?

A cubit is a measurement that was used a long time ago. A cubit is the distance from your dad’s elbow to the tip of his middle finger, which is about 20 inches (50 cm), on average. 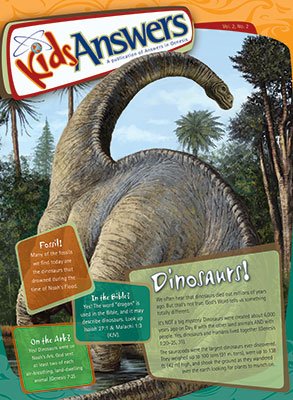