The continent of Africa, even though very large and with many nations and people groups, has relatively few flood legends. But the few that did survive have some interesting similarities (and quite a few differences) with the true account found in the Bible.

One day in a little village, a small girl and her brother were at their home, while everyone else had gone out to their farms to work. The girl was grinding wheat on a stone outside their house. A male goat came and started to eat the flour she was making. The girl drove the goat away, but soon it came back. The girl decided to let the goat eat as much of the flour as it wanted as she continued grinding. After the goat had eaten its fill it spoke to the girl and said, “I have something very important to tell you. Today there will be a great flood, and because of your kindness to me I advise you and your brother to run away right now to another place.”

The girl and her brother gathered up some food and a few things they could carry and ran away from the village. As they were going away, they looked back and saw a huge wave wash over their village. They found a place where they lived on their own for many years, with no other people. Eventually the male goat came to see them and told them to marry each other so that there could be more people on earth. He also tells them to break a pot and put the bottom of the broken pot upside down on the roof of their house.1

In another version of this story, the goat talks to the boy instead of the girl and tells him to follow either a mouse or a lizard to a safe place far away (most likely a mountain cave). Later the boy has a dream sent from God which tells him to marry his sister and (again) put a broken pot on the roof of their house.2

An old man and his wife lived in a house with their son and daughter-in-law. In a small pot, which hung from the roof of the round hut they lived in, was stored all the lake and ocean water of the world. This pot somehow filled their other water pots every day with fresh drinking water. One day the daughter asked her father about it, and the old man told her, “There in the pot are our sacred ancestors; do not let anyone touch it. Even you must not touch it.” But the daughter-in-law was too curious and touched the pot. It shattered into pieces and the flood water poured forth. All people and all animals of earth drowned in this flood.3 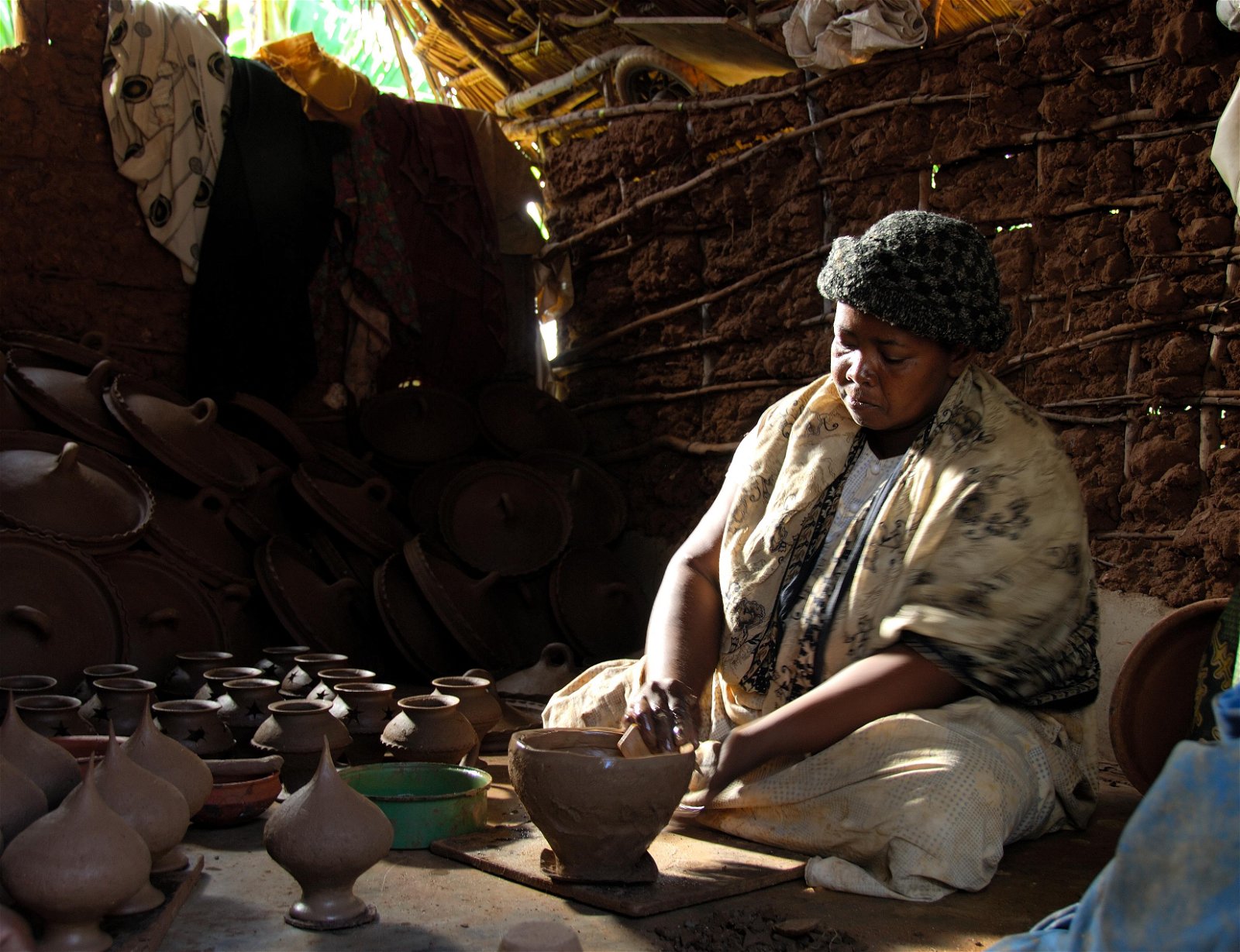 By Runjiv, via Wikimedia Commons

There are some similarities between the legends and the biblical account. The Cameroon legend is similar in that there is only a small group that survived the Flood (in this case only two) compared to the eight of the Bible, and that they were warned of a coming flood in advance. In the Tanzania account, the flood appears to be global just like in the Bible. However, in the Cameroon account they are only given a few hours’ notice, and the flood did not cover the whole earth. In the Tanzania account, no people or animals survived. It seems that later people and animals were recreated on earth sometime later, but are not mentioned in the legend. The account found in Genesis 6–9 of the Bible makes much more sense: eight people instead of just two, and two (or more of clean) animals saved instead of none; God warning Noah and his family of the Flood many years in advance, instead of just a few hours; and the fact that it was God, and not a goat or some sacred ancestors that sent the Flood.