How Did Animals Reach Other Continents After The Flood?

How Did Animals Reach Other Continents After The Flood? 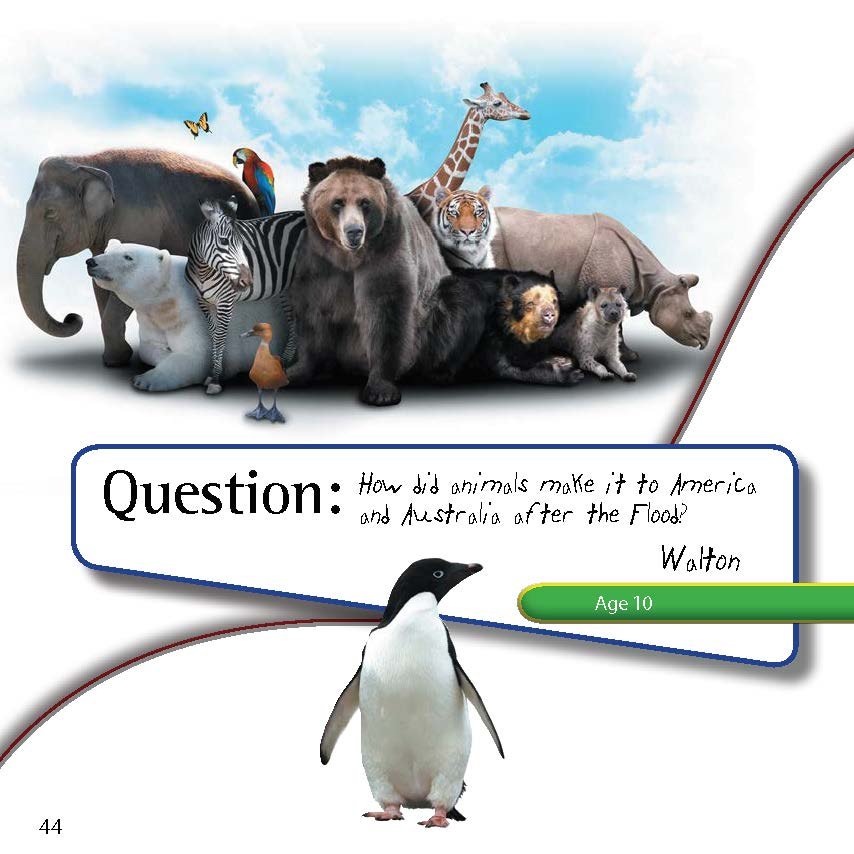 Bring out with you every living thing of all flesh that is with you: birds and cattle and every creeping thing that creeps on the earth, so that they may abound on the earth, and be fruitful and multiply on the earth. (Genesis 8:17)

First, flying animals could make it to all sorts of places more easily than those animals that have to walk on the land. But many people instantly think land animals couldn’t have walked to Australia or North and South America from the Middle East where Noah’s Ark landed. But we think they could have. Actually, the event of the Ice Age is very important here. During the Ice Age, a lot of water was taken out of the oceans and accumulated on the land in the form of ice and snow. Most think that the ocean level dropped by about 350 feet! This drop would expose land bridges in different places throughout the world. Remember that Noah and his sons built the Ark, and it survived a global Flood! Noah lived 350 years after the Flood and Shem lived 500 years after it too. So they could easily have shared how to build some pretty neat ships. Many people could have traveled by boat to the Americas, Australia, Madagascar, and other places, possibly taking animals with them.

It makes you wonder how many animals have been taken to various parts of the world by people and we just don’t have a record of it.

Previous Article Has A Frozen Person From The Ice Age Been Found? Next Article What Kind Of Animals Lived In Places The Ice Age Affected?