Sheep were some of the first animals to be tamed and used for man’s benefit. The Bible says that Abel, Adam’s second son, was “a keeper of sheep” (Genesis 4:2). This means that sheep were domesticated not long after Creation just over 6,000 years ago.

Today, there are hundreds of sheep breeds and over 1 billion domestic sheep in the world. Australia, Britain, India, Iran, and New Zealand are known for shepherding (keeping sheep).

Wool and Other Products

Sheep can have long, short, or curly wool that can be various colors, from white and dark brown to gray and black and even spotted. Some sheep don’t have wool at all—these are called hair sheep.

The wool on some sheep breeds doesn’t stop growing. In fact, after he was sheared in 2015, one sheep gave 89 pounds of fleece!

If you look at the tag on your clothes, you might be wearing wool of some sort. But because companies can make lots of cotton clothing, or can now make synthetic (fake) material, wool is not as popular as it once was.

Sheep have been used in medical research on human heart disease and in genetic research. In 1996 a sheep, named Dolly, was the first mammal to be cloned from an adult cell. 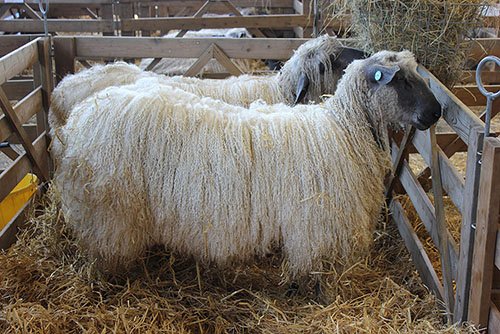 Sheep have an excellent sense of smell. They also have scent glands in their feet that produce oil. Some scientists believe that these glands allow sheep to mark areas where they have previously grazed and even might help lost sheep find their flocks.

If you’ve ever looked at a sheep’s eye, you’ll notice that its pupil (the black center of the eye) is a horizontal slit (compared to the circle in your eye). This allows sheep to see behind them without turning their heads. Since sheep are fairly defenseless creatures, their special vision is one way that God designed sheep to protect themselves from predators in a fallen world. 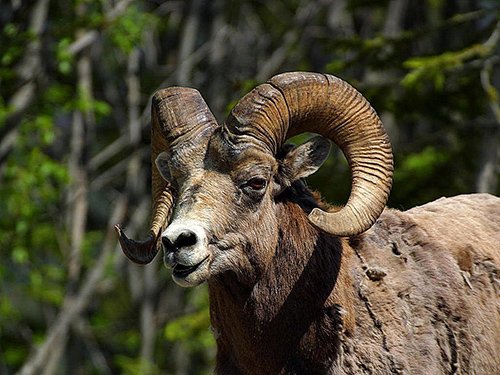 Sheep live in flocks, follow a leader, are easily startled, and tend to panic. Because of these behaviors, many people think that sheep aren’t intelligent. However, studies show that sheep can recall humans and other sheep for years and can distinguish facial emotion, such as anger, happiness, and sadness.

Sheep can also learn their names. The Bible references this in John 10:3, when Jesus mentions that a good shepherd will call his sheep by name.

Sheep in the Bible

Sheep were important in Bible times because, in addition to the products they provided, they were also used as a common sacrifice to God. Several Bible characters worked as shepherds: Abel, Jacob, Joseph’s brothers, Moses, David, the Prophet Amos, and of course the shepherds who worshipped Jesus when he was born.

Jesus is called the Lamb of God because he laid down his life for us on the Cross. When we ask God to forgive us of our sin, he will save us because Jesus died in our place. Even before he created the world, God knew that Jesus would be the sacrificial Lamb. He always was and always will be the only sacrifice God needed to forgive our sin. 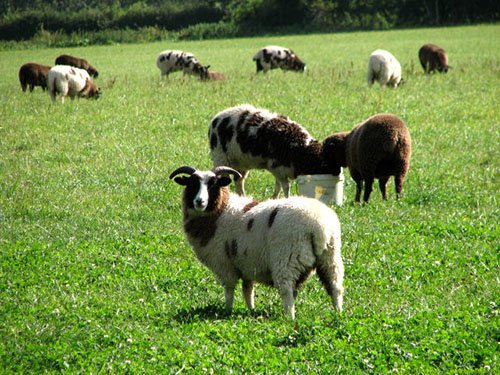 Jacob sheep grazing in a field. This breed was supposedly named based on the biblical account of Jacob asking his father-in-law, Laban, for all the streaked and spotted sheep as his wages (Genesis 30:25-43).