The sea otter has webbed hind feet which are perfect for swimming; its forefeet are smaller with semi-retractable claws. 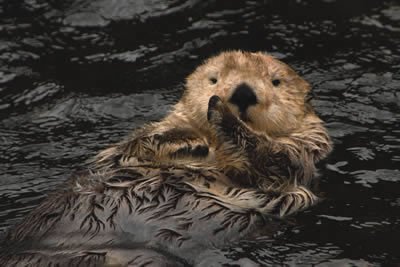 The sea otter is one of the few animals known to use tools. It uses small rocks or other objects to pry prey from rocks and to hammer or pry open its food. The sea otter can dive up to 330 ft (100 m) when foraging for food. God gave the sea otter the thickest fur in the animal kingdom. Unlike other marine mammals, the sea otter does not have a layer of blubber (fat) to help keep it warm.