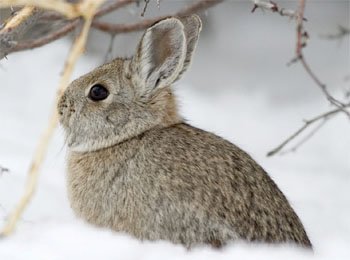 Even secular biologists claim that rabbits are hardly different from the earliest rabbit fossils. This is because rabbits were created only thousands of years ago with only slight variations occurring within their kind since creation. The eyes of the rabbit are placed in the perfect spot to allow them to see almost in a complete circle. Some species have broader feet—a special design feature that allows them to run efficiently on snow.