The gorilla’s arms are extremely long, enabling it to walk on all four limbs while keeping its head up. 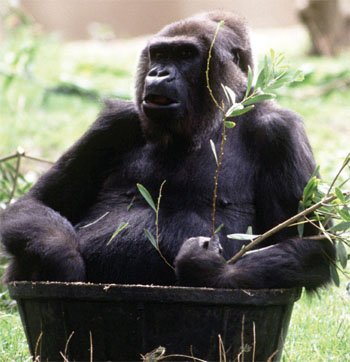 The gorilla’s arms are extremely long, enabling it to walk on all four limbs while keeping its head up. It is primarily terrestrial but is fully capable of climbing. Contrary to common belief, the gorilla is not afraid of water and will frequently wade in swamp forests in search of aquatic vegetation.