The unusual appearance of the okapi provides this animal with excellent camouflage in the forests. 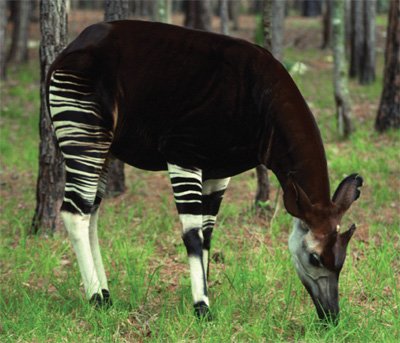 The unusual appearance of the okapi provides this animal with excellent camouflage in the forests when sunlight filters in through the trees. The okapi is part of the giraffe kind; it is not a link between zebras and giraffes, as some scientists claim. If the okapi had a long neck like its relative the giraffe, it would have a difficult time moving through the thick forests.