Above photo by 0x010C (Own work), via Wikimedia Commons

Musk oxen are members of the bovine (cow) kind that live in the frigid Arctic all year long. This kind was created on Day Six of Creation Week and includes familiar animals such as domestic cows and buffalo.

During the short summer, musk oxen feed on grasses and flowers, building up enough fat to help get them through a long, cold winter. In the winter months, they must dig through the snow to reach roots, mosses, and lichens.

Because musk oxen are designed for the cold, they can’t run for very long without overheating. So how do they escape from predators? They form a circle, with their young in the middle, and use their sharp horns to fight off wolves or bears while protecting their young. Both males and females have horns, which they keep all year round.

Here are some fun facts about musk oxen. 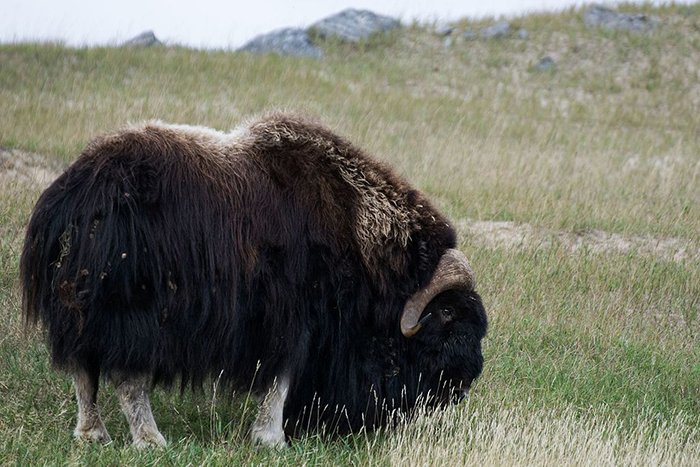 A Muskox at the Wild Zoo of St-Félicien (Quebec, Canada).

Musk oxen are the second largest animals to live on the Arctic tundra. Only polar bears are larger.