St. Bernards are one of the largest dog breeds in the world! They weigh between 140 to 260 pounds and are 28–35 inches high. A St. Bernard named Benedictine broke a world record in 1981, weighing 315 pounds. 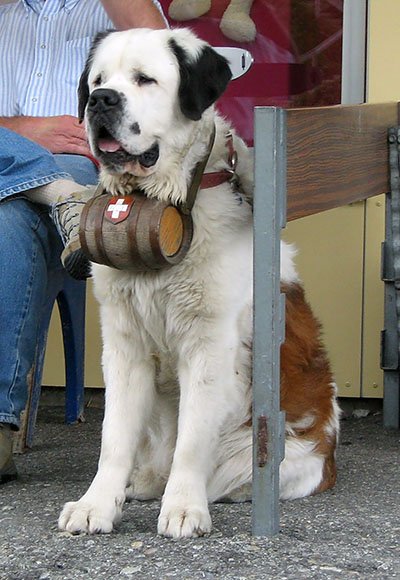 By BKP, via Wikimedia Commons

St. Bernards can be shorthaired or longhaired and are usually brown and white. They are known for their intelligent expressions and their love of people—especially children (though they have to be careful because they can accidentally knock them down.)

If you’ve ever seen the movie Beethoven, you know that St. Bernards shed and slobber—on everything. But that doesn’t keep people from loving them.

Because we live in a sin-cursed world, St. Bernards suffer from many health problems associated with their large size, such as bone and joint diseases. And because they were bred for colder environments, they often suffer from heat exhaustion if not given proper shelter in warmer regions.

Originally bred in the Alps, St. Bernards helped rescue people from the cold and snow at the dangerous St. Bernard Pass along the border of Italy and Switzerland. Since the early 1700s, these gentle giants rescued more than 2,000 travelers. One dog, named Barry, rescued more than 40 people alone. A legend says that Barry once convinced a boy to climb on his back and then carried him to safety. 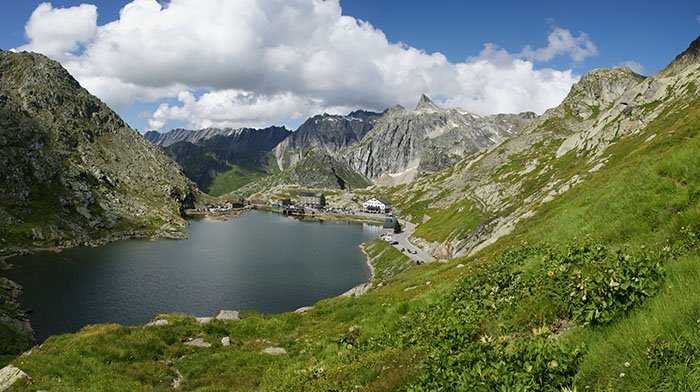 St. Bernard Pass at the border between Italy and Switzerland.

St. Bernards no long rescue people in the Alps. In fact, the last recorded rescue was in 1955. However, they do still enjoy working hard by pulling sleds or carts. 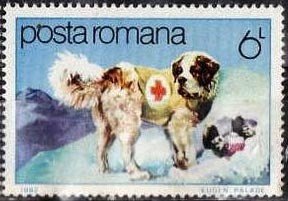