Gray wolves can vary in color from white to dark gray based on where they are found. 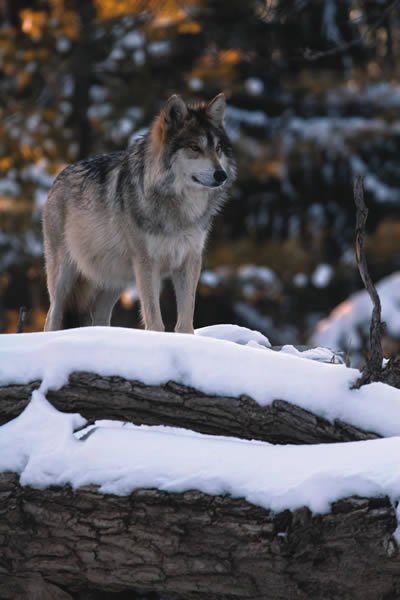 The gray wolf has a layer of dense underfur that insulates it against the cold temperatures of its habitat. When a female gray wolf digs its den, it digs downward, then upward to prevent flooding. This instinct was given to the wolf by its Creator.