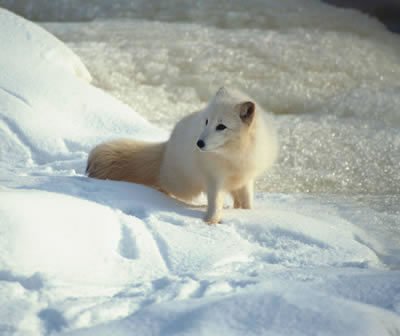 Since the arctic fox inhabits the tundra, it possesses a fine undercoat that is thick and dense, and small ears to save body heat. This undercoat insulates its body from the freezing temperatures of the region. The arctic fox has two color phases: white and a bluish gray. The white phase is brown to brownish-gray in the summer and almost pure white in the winter. The blue phase is chocolate brown in the summer and lighter brown tinged with a blue sheen in the winter.

Habitat: Arctic tundra in both Old and New World

Previous Article Supplemental material for the Zoo Guide: A Bible-Based Handbook to the Zoo Next Article Brown Bear