The cheetah is known by its distinct spots and white patches on its stomach. Its spots are round or oval and usually measure about an inch in diameter. 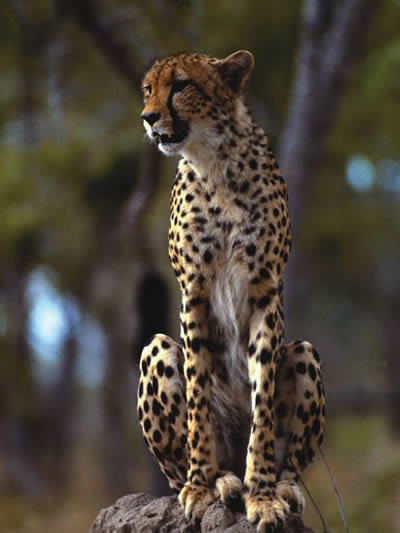 The cheetah has smaller teeth than the other large cats. It has large, powerful claws that help grab the ground at high speeds, and larger nasal passages that allow it to take in more air during and after running. These physical features began to be used to kill prey after man’s disobedience against God.

Habitat: Grasslands and savannas of Africa and eastward to India