Arctic hares are well designed for their frozen habitat. They live in the tundra found in the far north of Canada and Greenland where temperatures can drop to 40 below 0. There are no big trees that far north, and snow remains on the ground for much of the year. Arctic hares have a great sense of smell and large claws to dig through the snow to find food. Depending on the season, their diets will vary, but their favorite food is willow twigs and roots.

Arctic hares are part of the rabbit kind that God created. They have several adaptations that allow them to thrive in the Arctic. Now, when many people see adaptations, they think “evolution.” But it’s not evolution! God created the rabbit kind with an incredible amount of information in their DNA (the language system specific to each organism. For example, bears, humans, and elephants each have unique DNA). This information, which was created by God in the very beginning, allows rabbits to adapt to different environments like the Arctic, the desert, or the forest. These adaptations include things like different sized ears or different colors. But no new information is ever added.

So what helps Arctic hares live in the Arctic? 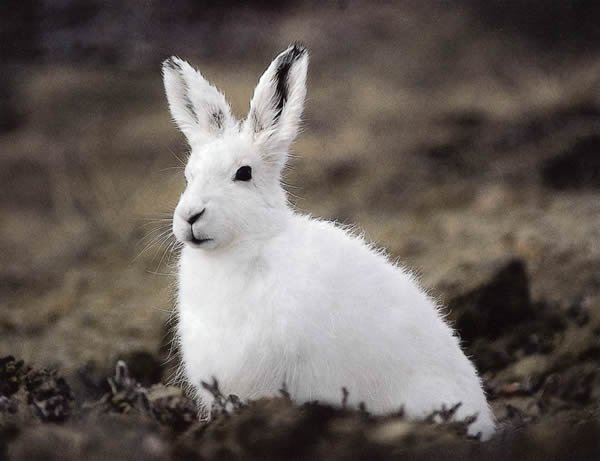 Arctic hares can run over 40 miles per hour and can jump almost 7 feet in the air in a single bound. This helps them escape from predators such as Arctic and red foxes, gray wolves, lynxes, weasels, snowy owls, and other birds of prey.

Baby Arctic hares are called leverets. When they are born, they already have fur, and their eyes are open. They are usually born in groups of five or six.