Many people believe the "wise men" were very important, very smart, and most likely from a country east of Israel

They studied the stars. Also, people who know a lot about history tell us that they were "king makers". They taught men how to be "kings". When they saw God’s special star from far away, they packed up and started on an exciting journey that led them to the most special King ever—the Messiah that God had promised long ago!

How did the wise men know about the coming Jewish king?

Daniel, the prophet, was a Jew and feared God. He lived in Persia many years before Jesus was born. The wise men probably read about Jesus from notes that Daniel wrote. See Daniel 2:47.

How many wise men were there?

The Bible doesn’t tell us how many. Some people believe that there may have been 12 or more wise men, along with an army of strong soldiers.

Previous Article A Special Star ... for a Special Birth Next Article Camels—One Hump or Two?

The Camel—One Hump or Two? 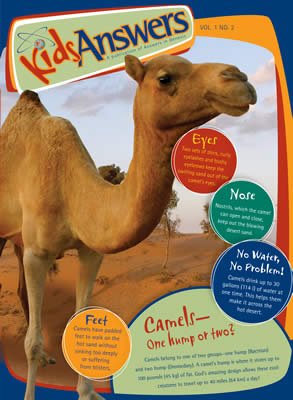 Each issue of Answers magazine includes an outstanding Kids Answers section that highlights the wonders of God’s creation with kid-friendly information, images and games. This issue of Kids Answers explores the amazing camel, dispels myths about the Nativity, includes a biblically accurate nativity poster and more!