The number of years Paul journeyed around the Mediterranean Sea sharing his testimony.

Paul had been a teacher of the law of Moses. He hated those who taught that Jesus was the Messiah, putting some followers of Jesus in prison and killing others (Acts 8).

Around AD 33, Paul was on his way to Damascus to persecute more Christians, and his life was completely changed. He saw Jesus, who had risen from the dead, with his own eyes (Acts 9, 1 Corinthians 9:1). Immediately, he stopped hurting Jesus’ followers and began to preach that Jesus was the Son of God! Later, Paul was put into prison and beaten several times for what he taught. He eventually died for what he believed—that Jesus Christ died and rose again to save sinners (Romans 5:6–11).

The resurrected Jesus Christ is the only one who had the power to change Paul’s life so completely.

He Is Risen Cards

He Is Risen Cards 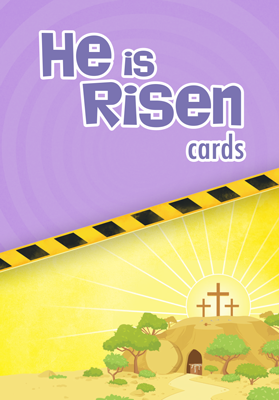