What Is the Ice Age?

The earth was no snowball during the Ice Age

Glaciers are huge sheets of ice. They once covered much more land than they do today. (You could have sledded over most of Canada without seeing a living thing!) You had to travel much farther to find a warm place to spend a summer vacation.

But the earth was no snowball during the Ice Age. Most places didn't have ice.

During the Ice Age nearly a third of earth was covered by ice, and some places that are now forests were covered with grass. Places that now have grass were frozen deserts. The locations of most rivers, lakes, and coasts were different, too. The ocean level dropped because so many gallons of water were locked up in the glaciers! People actually lived in places that are now underwater.

In fact, during the Ice Age a huge “land bridge,” called Beringia (ber IN jee uh), connected Asia and America. As a result, huge herds of woolly mammoths could cross from one continent to the other. And so could people.

See how our earth has changed since God created it ... 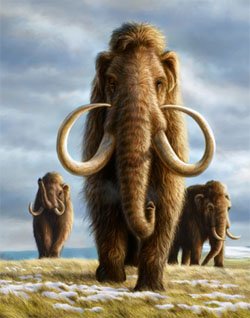 Nothing actually lived on the ice. Plants and animals need dirt—and a little bit of warmth to survive. So, as the ice spread, the bigger animals moved into protected valleys and warmer places to find some food. But even when food was available, life was hard. Near the ice, temperatures were bitterly cold. Some animals, like woolly mammoths and saber-tooth cats, stayed warm because they were really big and had thick fur coats.

Next Article When Was the Ice Age?

Life in the Ice Age 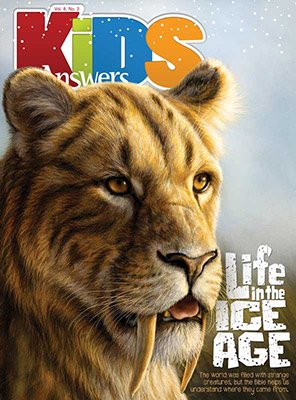 This issue of Kids Answers explores life in the Ice Age. The world was filled with strange creatures, but the Bible helps us understand where they came from.