What Kind Of Animals Lived In Places The Ice Age Affected?

What Kind Of Animals Lived In Places The Ice Age Affected? 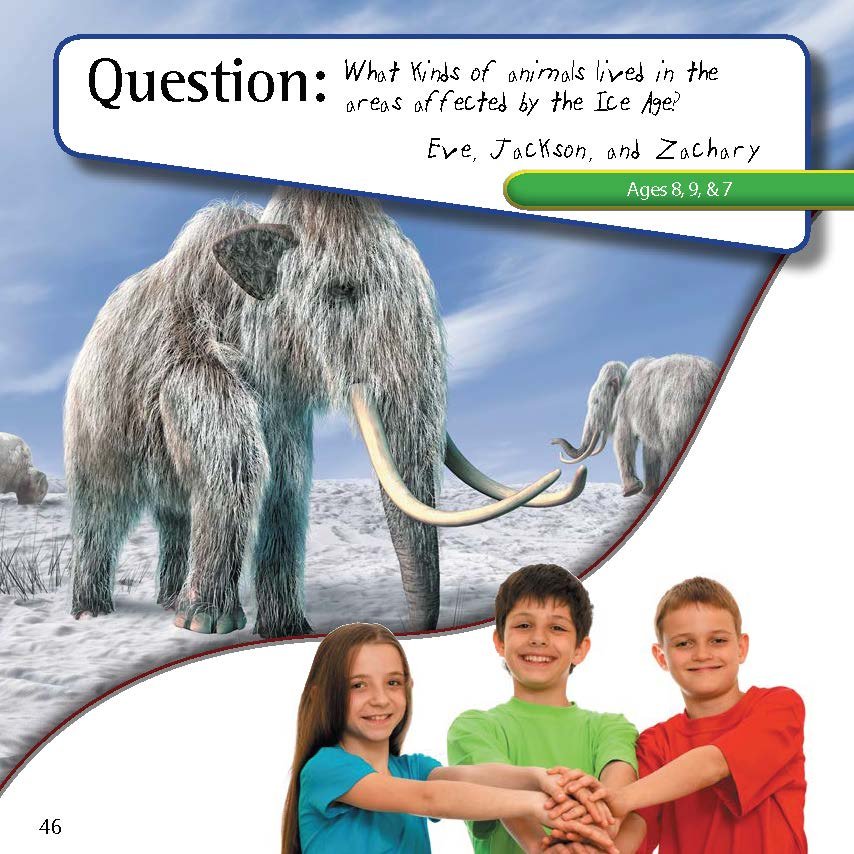 A righteous man regards the life of his animal, but the tender mercies of the wicked are cruel. (Proverbs 12:10)

The animals that lived during the Ice Age, specifically in the icy areas or more properly the areas between the ice, would be the animals that were well-equipped to handle the cold (think of furry animals) and still find food. These animals were primarily warm-blooded mammals. There were many animals that would do well, but the more famous ones were the saber-toothed cat, woolly mammoth, dire wolf, giant beaver, snowshoe hare (rabbit), mastodon, short-faced bear, musk ox, and many others like types of shrews, moles, and skunks.

Many of these have gone extinct since the Ice Age, like the sabertoothed cats, dire wolves, mastodons, and mammoths. But some have survived, like the snowshoe hares, arctic shrews, and star-nosed moles found in Minnesota and Wisconsin. At the Creation Museum, we have a replica of the third-largest and most complete skeleton of a mastodon ever found. It has flint markings on its ribs from spears and arrowheads, which help us understand that hunters were able to kill this massive creature. Man was not allowed to eat meat until after the Flood, and the Ice Age occurred after the Flood.

Previous Article How Did Animals Reach Other Continents After The Flood?