How do we know the truth? 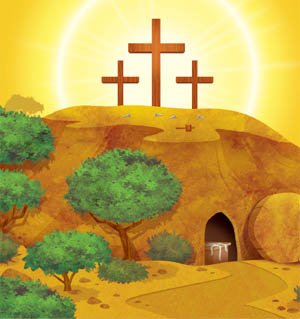 In the Garden of Eden, Eve chose to not believe the truth. God had said, “Of every tree of the garden you may freely eat; but of the tree of the knowledge of good and evil you shall not eat, for in the day that you eat of it you shall surely die” (Genesis 2:16–17). Eve decided to believe Satan’s lie instead of God’s truth. Satan is called the father of lies in John 8:44. Satan told Eve that if she ate the fruit, “You will not surely die. For God knows that in the day you eat of it your eyes will be opened, and you will be like God, knowing good and evil” (Genesis 3:4).

Adam and Eve both made the wrong choice when they ate the fruit of the tree of the knowledge of good and evil, rebelling against God. Their sin damaged their relationship with God, and caused them to suffer spiritual and eventually physical death. This belief in a lie affects all of us, since we are descendants of Adam and Eve, and are born with a sinful nature (Romans 5:12, 19). Romans 3:23 says, “For all have sinned and fall short of the glory of God.” The Bible tells us that the wages of sin is death (Romans 6:23). All of us deserve the penalty of death for our sins. We can see from what happened to Adam and Eve that discernment between truth and lies is very important, and it can have lasting results.

Jesus also had a choice to believe lies or truth, when He was tempted by Satan in the wilderness (Matthew 4:1–11, Luke 4:1–13). Jesus used God’s Word to combat the lies of Satan, even when Satan tried to twist the Scriptures into a lie. Psalm 119:11 says, “Your word I have hidden in my heart, that I might not sin against You.” Jesus, who is God, is the only person in history who lived a sinless life. Even though He did not deserve death, Jesus chose to die so that you and I could be made right with God. Jesus took the punishment for sin that we deserved, and He gives the free gift of salvation to those who turn from their sins and believe in Him.

“But as many as received Him, to them He gave the right to become children of God, to those who believe in His name.” John 1:12

“The next day John saw Jesus coming toward him, and said, ‘Behold! The Lamb of God who takes away the sin of the world!’” John 1:29

Jesus says, “I am the way, the truth, and the life. No one comes to the Father except through Me” (John 14:6). We can either believe in the Truth, Jesus Christ, or believe in the lies of Satan. 1 Peter 5:8 warns, “Be sober, be vigilant; because your adversary the devil walks about like a roaring lion, seeking whom he may devour.” Who do you believe in? If you follow the Truth, Jesus Christ, then you will spend eternity with Him!

If you would like more information about becoming a child of God, please read the following: