Evidence of the Flood

Scripture teaches us the true account of the history of the world. In Genesis we read that the people God had specially created were so violent and sinful that God sent a worldwide Flood to judge their sin. The only people saved were Noah and his family. If there really was a Flood that covered the whole earth, there should be evidence left behind. This is exactly what we find. 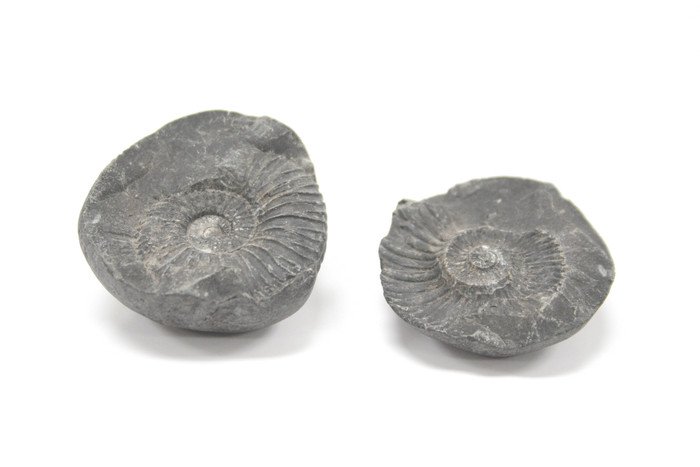 Ammonite fossils collected in the Himalayas of Nepal. How did marine fossils get thousands of feet above sea level?

1. Sea Creatures Buried on the Tops of Mountains

Fossilized shellfish are found buried high in the Himalayas, the highest mountain range in today’s world that was formed during the Flood (Psalm 104:8). How did these marine creatures get there? Our Bible verse tells us that at one time the whole earth—including the “high hills” of the pre-Flood world—were under water. So during the Flood, the rock layers that formed the Himalayas were laid down by water, and then later those high mountains were formed from them.

2. Billions of Dead Things Buried in Rock Layers Laid Down by Water All Over the Earth

Around the world billions of different creatures were buried by the waters of the Flood. In the Grand Canyon we find a “fossil graveyard” where billions of squid-like nautiloids (pronounced NAWT-il-oids) were buried. It would take a lot of water to bury that many creatures! We also find land animals buried with sea creatures. In northern Tasmania we find a toothed whale and a possum buried together. Whales and possums do not live in the same place! A powerful Flood must have buried them together. We also find fossils that were buried very quickly. For example, a six-foot-long ichthyosaur (pronounced IK-thee-uh-sawr) was fossilized while she was giving birth! All of these fossils point to the global Flood as recorded in the Bible.

Two rock layers in the Grand Canyon, the Tapeats Sandstone and the Redwall Limestone, can be traced across the whole United States and into Canada. Both layers can even be traced across the Atlantic Ocean, the Tapeats Sandstone right across northern Africa into Israel, and the Redwall Limestone into England and beyond! What could possibly have laid down so much sediment across such a huge distance? Only a global Flood as described in Genesis!

The sand that makes up the Coconino Sandstone layer of the spectacular Grand Canyon in Arizona came all the way from the northern US, the far eastern US, and Canada! What could pick up such a huge amount of sand and dump it so far away? A really big Flood, just like the one described in Genesis!

5. No Erosion Between Rock Layers

If the rock layers were really laid down slowly with millions of years between each layer, as many people think, the wind and water should have worn hills and valleys into the rocks. This process is called “erosion” and happens to rocks all over the world today. However, most rock layers show no evidence of such erosion between them! The layers fit together perfectly without any hills or valleys between them. The rock layers were not laid down slowly over millions of years. They were laid down quickly by the global Flood!

If you take soft playdough and try to bend it, what happens? It bends, of course! What if you let that playdough dry out? When you try to bend it again what happens? It breaks! This same thing happens to rocks. Before they harden into solid rock, they are bendable, like soft playdough. When they get hard you can’t bend them anymore because they will just crack. In many places around the world we see rock layers that are folded, or bent, without having been broken. This means the rocks had to be “wet” (like soft playdough) when they were bent. If the rock layers were slowly laid down millions of years before they were bent, they would have already dried out and thus cracked instead of folding like they did. So these rock layers cannot be millions of years old. They were quickly laid down and then bent, all during the year of the Flood of Noah!

The folded Mauv and Redwall Limestone layers can be seen along Kwagunt Creek.

All around the world the rocks cry out that there has been a global Flood. The history in the Bible is true! There really was a global Flood that buried billions of dead things in rock layers laid down by water all over the earth.