Answers for Kids: How Old Is the Earth?

Many people say the Earth has been around for about 4.6 billion years. They believe humans appeared on Earth only within the last two million years. Some who accept these ideas think they fit with what the Bible teaches about origins, as well. What’s the truth?

First, a careful study of the Bible’s record of history clearly shows that the Earth is only a few thousand—not billions of—years old. And Jesus said that humans have been around “from the beginning” (Mark 10:6)—they didn’t appear millions of years after the beginning.

Second, the view that the Earth (and its “fossil record”) is hundreds of millions of years old damages the Gospel message. God’s completed creation was “very good” at the end of the sixth day (Genesis 1:31). Death entered this perfect paradise after Adam disobeyed God’s command. It was the punishment for Adam’s sin (Genesis 2:16-17; 3:19; Romans 5:12-19). Thorns appeared when God cursed the ground because of Adam’s sin (Genesis 3:18).

The first animal death occurred when God killed at least one animal, shedding its blood, to make clothes for Adam and Eve (Genesis 3:21). If the Earth’s “fossil record” (filled with death, disease and thorns) formed over millions of years before Adam appeared (and before he sinned), then death no longer would be the penalty for sin. Death, the “last enemy” (1 Corinthians 15:26), diseases (such as cancer) and thorns would instead be part of the original creation that God labelled “very good”. No, it is clear that the “fossil record” formed some time after Adam sinned—not many millions of years before.

Third, the processes some scientists use to figure out the age of the Earth are built on assumptions about the past that cannot be proven. And many methods give results that are what one would expect for a “young Earth” anyway!

The truth is … the Bible gives us the real history of the Earth—it is only thousands of years old, not billions!

Compromise: a “settlement of differences in which each side gives something up”. Sometimes compromise is necessary and good, but not when it involves giving up truth.

Those who compromise by believing that the Earth is many millions of years old, and claim that this fits what the Bible teaches, fall into three main groups.

Progressive Creation: This is the idea that God created various creatures to replace other creatures that died out over millions of years.

Theistic Evolution: This is the idea that God used the process of evolution over millions of years (involving struggle and death) to bring about what we see today.

We saw above that a compromise between a belief in “billions of years” of history and an acceptance of the Biblical account of history destroys the authority and message of the Bible. All these ideas put death and bloodshed before sin. These compromising views aren’t necessary, and in fact are harmful to the teachings of God’s Word. Instead of compromising, we need to accept what God has plainly revealed to us through His Word—the world is about 6,000 years—not billions of years—old. And true science supports this conclusion! 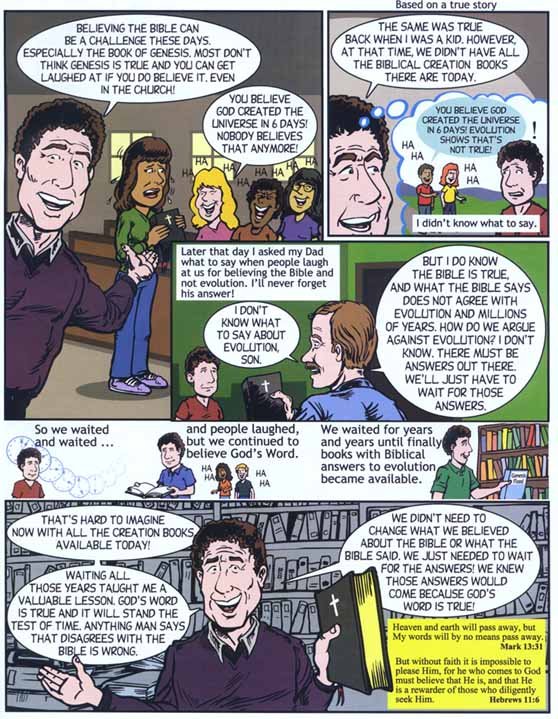 Do you know when compromise began?

Today, many people choose to reject the Word of God in favour of their own opinions. This isn’t an original idea, however. Our first parents, Adam and Eve, were the very first compromisers. They chose to believe the words of someone other than God. When Adam ate from the Tree of Knowledge of Good and Evil, he deliberately chose to disobey God’s word to him. In that case, his compromise resulted in death—for us all (Romans 5:12).

Compromise over the Tree of the Knowledge of Good and Evil

Compromise over millions of years and the Bible

When we’re tempted to doubt the plain teaching of Scripture because of someone else’s opinion, keep in mind that God’s Word is perfect (Psalm 119:140). He expects us to follow His commands (2 Timothy 3:16-17) and trust what He says—without compromise (Psalm 119:128).

Let there be fun! 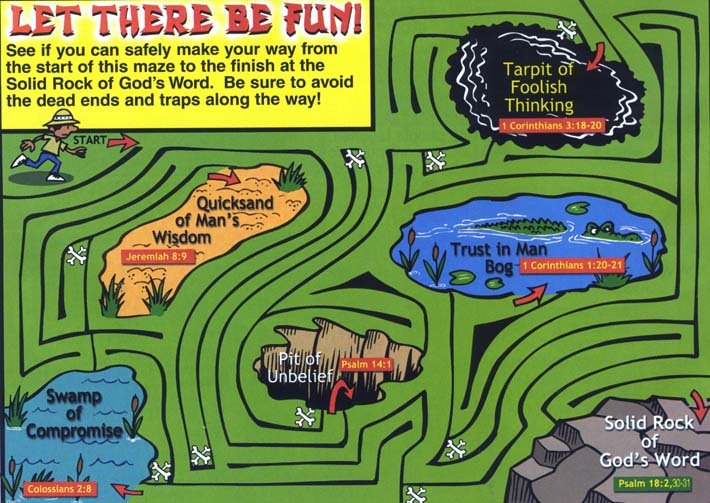