How Did People Get Different Skin Colors?

How Did People Get Different Skin Colors? 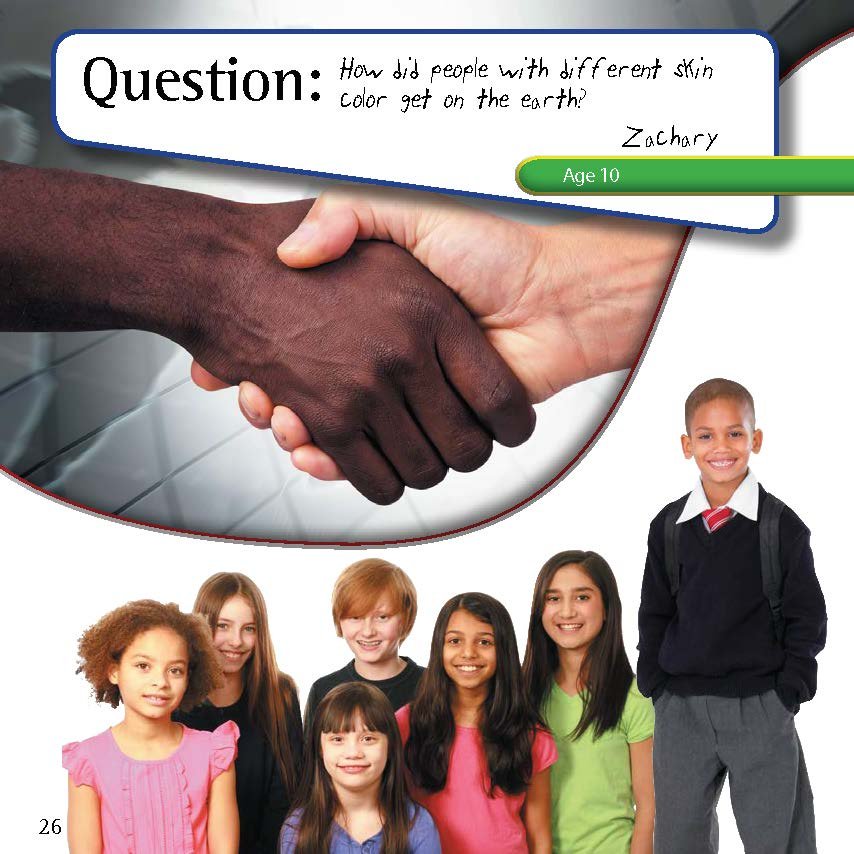 Can the Ethiopian change his skin or the leopard its spots? Then may you also do good who are accustomed to do evil. (Jeremiah 13:23)

Many people are under the misconception that there are different skin “colors,” like red, black, white, yellow, and so on. But really, we all have the same basic skin color, from the main pigment in our skin called “melanin.” This pigment is a brown color. This means that humans are all brown in color but they have different shades from dark to light.

Those people who have a lot of the brown melanin in their skin are usually called black—but they are really dark brown, not black. Those that have much less brown melanin in their skin are usually called white—but they are not white but light brown. Most people in the world are a middle brown shade. If Adam and Eve were both in the middle (middle brown) then they could have had children with dark brown skin and children with very light brown skin in one generation!

As the population split up and people left Babel by their family groups, different characteristics like the many skin shades ended up in the various groups. Some groups ended up with only dark skin, while others ended up with a light shade of skin—and others with all sorts of shades in between. What skin tone do you have?

Previous Article How Many Languages Came From Babel? Next Article How Did People Get To America When They Spread Out?