The woodpecker is designed with small tufts of feathers covering its nostrils. 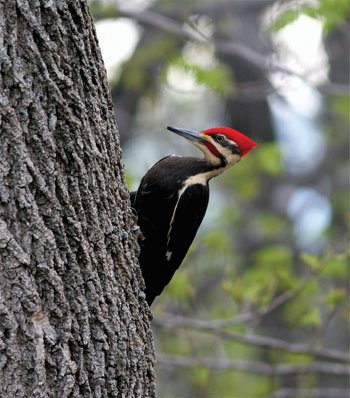 The woodpecker is designed with small tufts of feathers covering its nostrils. These feathers keep debris from getting into its nostrils while it is pecking away at tree bark. A woodpecker can peck holes into trees without getting a headache because it is designed with a “cushion” in its head, which is actually a special muscle that absorbs the shock of the bill pounding the tree. Without this design feature the woodpecker would not be able to remove the bark of trees to find food.