The tail feathers of the peafowl are used to attract a mate and to ward off enemies. 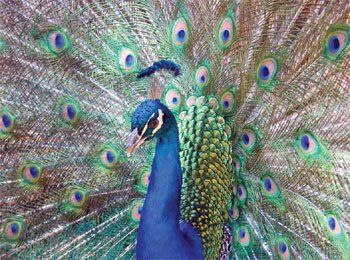