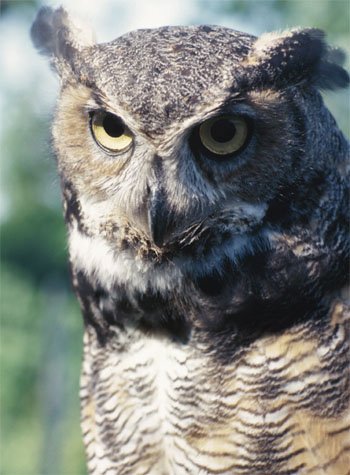 The great horned owl has excellent night vision and special adaptations to its flight feathers, which make its flight noiseless. These features make the owl a proficient hunter at night, which became a necessary ability after the Fall. Since owls’ eyes are positioned in the front of their heads, they do not have binocular vision behind them as many other birds do. However, they were designed with the ability to turn their heads almost 270 degrees.