Hummingbirds—Fantastic . . . from Head to Tail

Our planet is filled with at least 338 species of hummingbirds? These tiny acrobats wear a fantastic array of colorful costumes! Most make their homes in the tropics of Central and South America, but some venture as far north as Alaska. 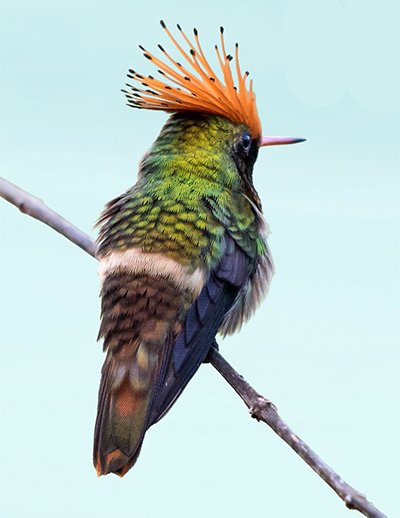 Most hummingbirds keep their heads well trimmed, but not the rufous-crested coquette. Males sport quite the “do” with orange spikes. 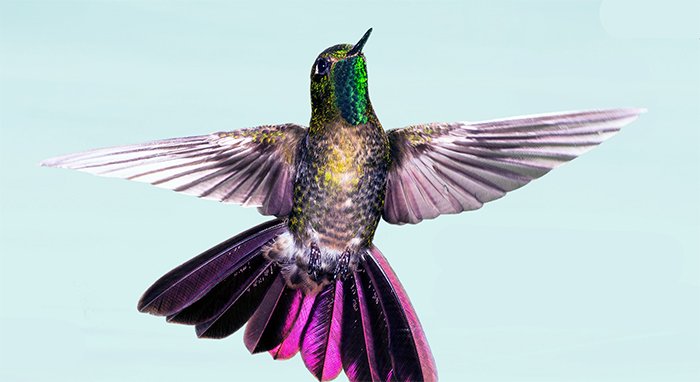 The “Tyrian metaltail” sounds like some sort of comic book hero. Its shimmering armor is a great example of the striking colors that hummingbirds are known for. Their metallic color comes from reflected sunlight, not their own pigments. 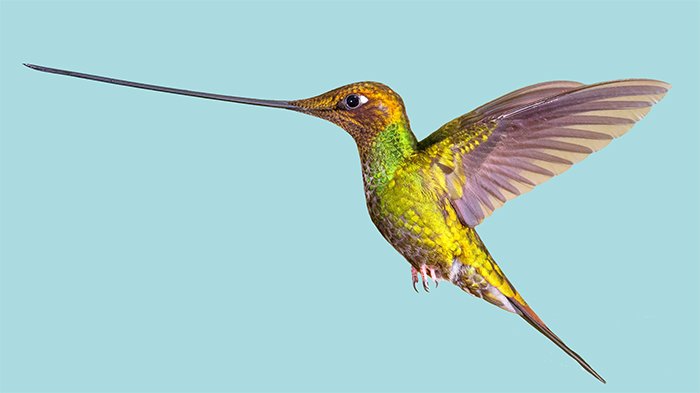 The sword-billed hummingbird is the only bird with a beak longer than its body frame. Its extended nozzle makes sipping nectar from tube-shaped flowers a snap.

The nation of Ecuador is known for its beautiful hummers, and the violet-tailed sylph leads the show. As the males zip across the Andes Mountains, they appear to be wearing a deep violet cape. 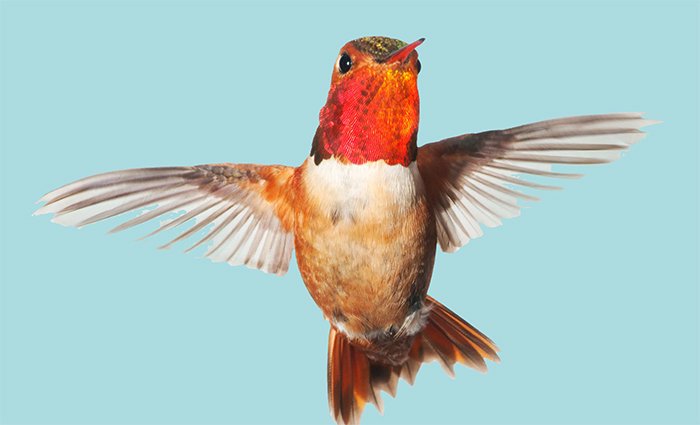 The rufous hummingbird is truly a road—or rather, a sky—warrior. They can migrate 3,000 miles each year, flying from as far north as Alaska to as far south as Mexico. 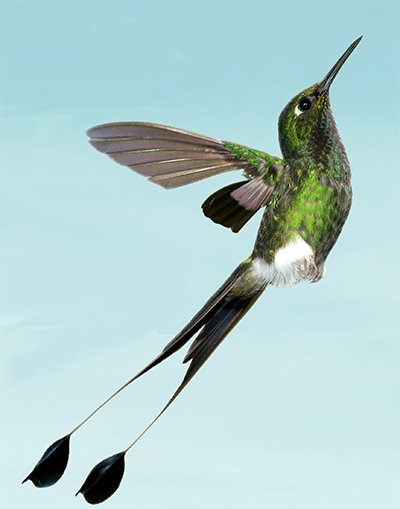 The booted racket-tail hummingbird wears fluffy white “boots.” These accessories aren’t needed for warmth in the hot tropics of South America, but for a dazzling display. Males like to show off their tails, which are longer than their bodies! 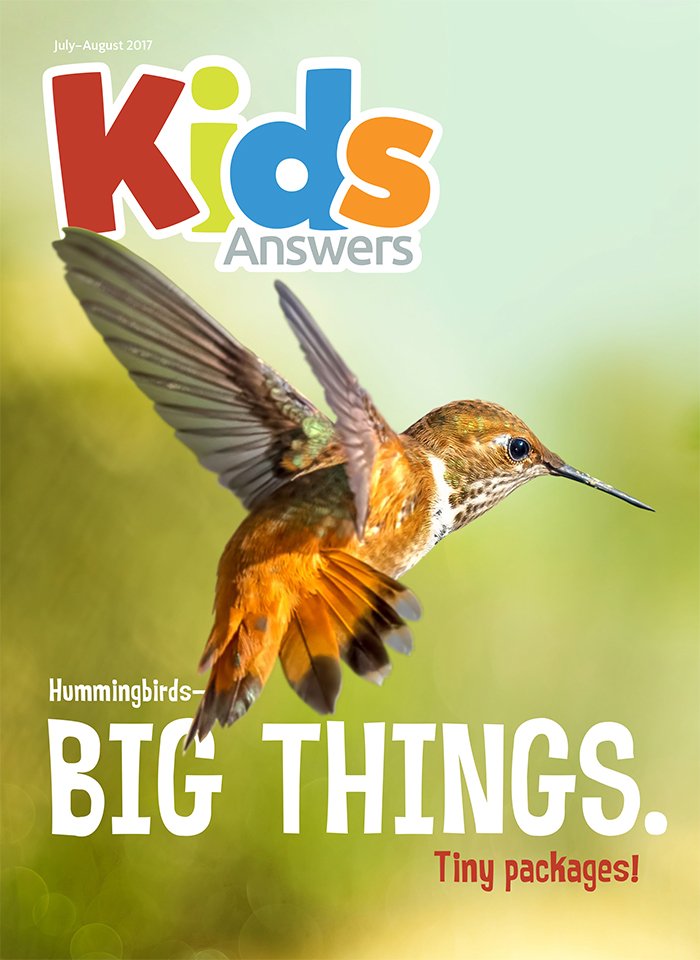