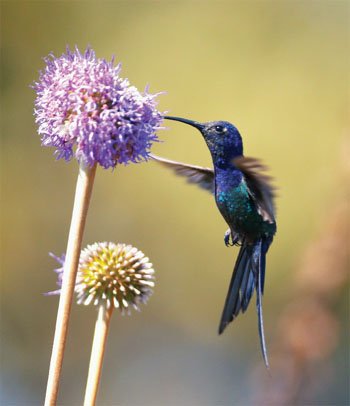 God designed the bill of the hummingbird to be a long, slender tube. This allows the bird to go deep into flowers to extract the nectar. It also has a long tongue that is curled on its edges, forming two trays to collect the nectar. When the bird has collected the nectar, it will retract its tongue and squeeze the nectar into its throat. North American hummingbirds migrate long distances, some crossing the Gulf of Mexico.