The finch has been used by many to support the doctrine of evolution. 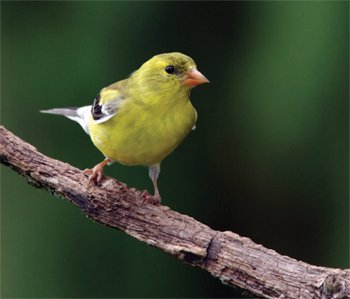 The finch has been used by many to support the doctrine of evolution. Charles Darwin observed thirteen different species of finches on one island that had variations in shape and size of beak. He proposed that the different species evolved from one original pair, each adapting to its habitat and diet. But this is not evidence for molecules-to-man evolution, but rather an example of natural selection and adaptation. When God created the finch kind, He created it with all the necessary information it needed to survive in the wild. On the islands where Darwin observed them, they had adapted to their diet and their surroundings, resulting in several “different” varieties, which needed different beaks to eat different things in times of drought and in times of plenty.

Size: Mostly 4–6 in long (0.1–0.2 m)
Weight: Only a few ounces (grams)
Original Diet: Plants
Present Diet: Primarily seed-eaters
Habitat: All over the world except for Antarctica