The emu is designed to cope well with the extreme temperatures of its habitat. 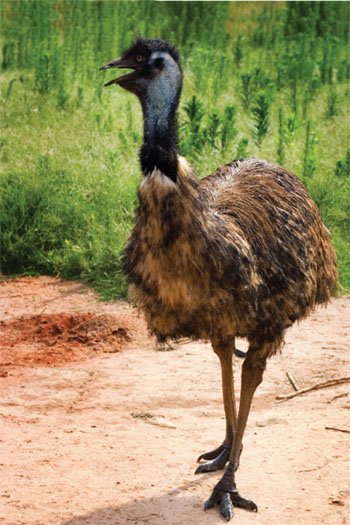 The emu is designed to cope well with the extreme temperatures of its habitat. It has the ability to store fat after eating abundantly, which then allows it to survive during times when food is scarce. Young emus have black, brown, and cream stripes just after they hatch. This design gives them a better chance of survival since it blends them into their surroundings.