The Arctic tern has a white body with a black cap on its head, gray upper wings, back, and underparts, and a deeply forked white tail. 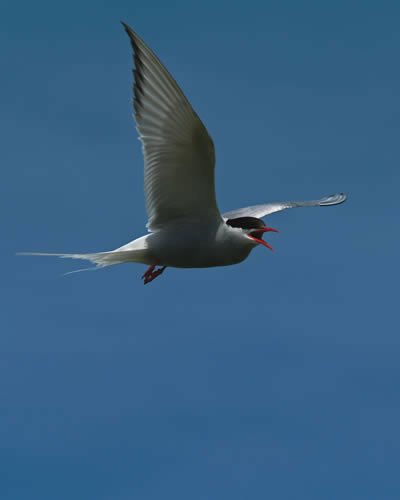