In the days after Jesus went back to heaven, it was dangerous to be a Christian. Many Christians were beaten, put in prison, or even killed for talking about Jesus (this is called persecution). One of the people who persecuted Christians was a young man named Saul. He hated Christians and believed he was doing God’s will by putting them in prison or even killing them. 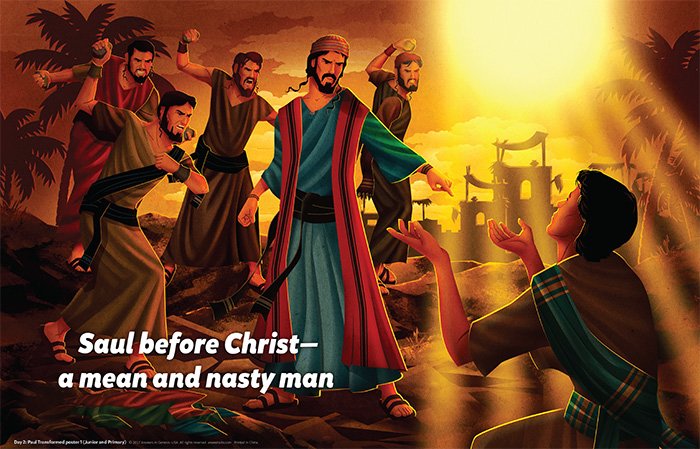 But that all changed when Saul was on his way to the city of Damascus. Suddenly a light from heaven shone around him, and a voice asked, “Saul, Saul, why are you persecuting me?”

Saul replied, “Who are you, Lord?”

The voice replied, “I am Jesus, whom you are persecuting. But rise and enter the city, and you will be told what you are to do.”

When the light vanished, Saul realized he was blind, but he obeyed Jesus and went into the city. A Christian named Ananias was sent by God to touch Saul’s eyes so his sight would be restored. Saul was then baptized and immediately began to proclaim the gospel. His life had been completely changed by meeting Jesus Christ. 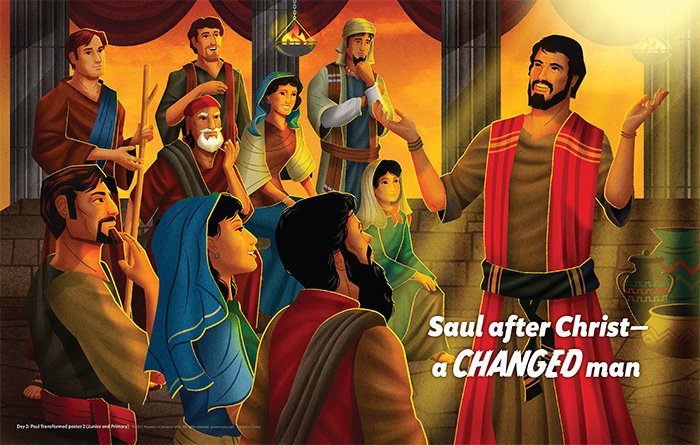 Saul was later known as Paul. He became a missionary and one of God’s chosen apostles. He traveled to many different countries and cities, telling everyone about Jesus and his death and Resurrection. He also wrote many different letters to churches and Christians; these letters are now part of our New Testament. Books such as Romans, Ephesians, and Philemon are all writings from Paul under the inspiration of the Holy Spirit.

Saul was originally a hateful man who tried to destroy the church, but God totally transformed his life. And God can do the same for each of us. We are all enemies of God, just like Saul was; but the Bible tells us we can become friends of God and be forgiven of our sins by trusting in Jesus. We read in 2 Corinthians 5:17, a book of the Bible that was written by Paul, “Therefore, if anyone is in Christ, he is a new creation. The old has passed away; behold, the new has come.”