Living on Faith: The Life of George Müller

Born on September 27, 1805, George Müller grew up to be a great Christian evangelist in Bristol, England. 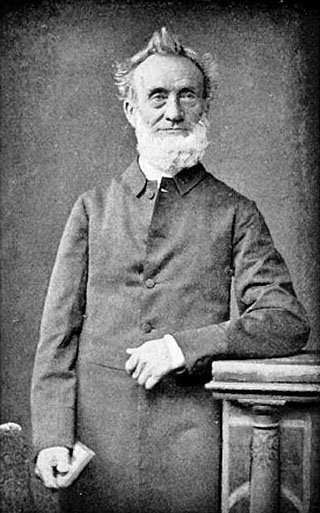 At that time, England was driven by social classes, which resulted in cruel treatment and neglect of the poor—including the poor children. Many children in poverty ended up on the streets, either abandoned or orphaned. Müller made these children his primary ministry. Over the course of his life, he built five orphan houses and cared for over 10,000 orphans.

It’s expensive to feed even a small family. Imagine the cost of feeding hundreds at a time! But George Müller never worried about money and never asked for donations. He believed that God would answer his prayers to provide their needs.

One morning, there was no food left in the whole orphanage, but Müller still gathered the children around the table and gave thanks for breakfast. After praying, Müller received enough bread to feed everyone from a local baker! Shortly afterwards, a milkman donated milk to the orphanage, since his cart broke down nearby. God had answered Müller’s prayers for food!

Another time, a Christian man gave him £2,000 to furnish a new orphan house (a pound [£] is the English version of an American dollar [$]). Müller wrote in his journal, “Now I am able to meet all of the expenses. In all probability I will even have several hundred pounds more than I need. The Lord not only gives as much as is absolutely necessary for his work, but he gives abundantly.”1

God not only provided his immediate needs, but even his unforeseen needs. We too can trust God to answer our prayers and provide for our needs!