Gladys May Aylward was born in 1902 in London, England, to a poor Christian family. When she was 14, Gladys dropped out of school to work as a maid for a wealthy family. She borrowed books from her employer’s library and learned about China. She’d heard of missionaries going to serve those people, and she wanted to join them.

Twelve years later, when she was 28, Gladys applied to go to China as a missionary with the China Inland Mission. But she was turned down because she was too old, and the mission board didn’t think she would be able to learn the difficult Chinese language. Gladys decided if they wouldn’t take her, she’d go by herself.

Gladys heard about an elderly missionary in China, Jeannie Lawson, who needed another missionary to come work with her. So she saved what little money she had, bought a one-way train ticket to China, packed some food, a blanket, and an orange coat, and set off for China. It was a dangerous trip due to a war, but she made it to China and found Jeannie. 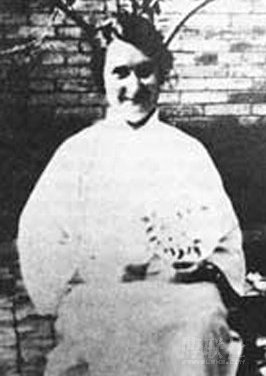 Gladys and Jeannie operated an inn for mule caravans. The men who drove the caravans could stop and have a good night’s sleep and dinner, and hear Jeannie or Gladys share accounts from the Bible. While serving her customers, Gladys learned to speak Chinese. But soon Jeannie passed away. Gladys had no money to pay the taxes on her inn. But God provided for her.

For many years the Chinese had practiced something called “foot-binding.” In that time, it was considered beautiful for women to have very small feet, so people would bind their little girls’ feet so they wouldn’t grow properly. This was very painful, and in Gladys’ time, it had been outlawed. But many people weren’t following the new law. So a local official asked Gladys to be the official foot inspector. He even said she could tell people about Jesus as she went into homes and inspected feet! Now Gladys had a way to tell people about Jesus and to earn money to run her inn! God had provided for her.

One day Gladys saw a poor woman selling a dirty little girl by the side of the road. Gladys didn’t want to leave the little girl to be sold, so she bought her for a few pennies and took her home. This little girl was the first of over 100 children that Gladys rescued. During this time, China was at war with the country of Japan. When the Japanese started dropping bombs on Gladys’ town, she knew she must escape with her children. On foot, she safely led 100 children through the mountains and over the Yellow River. Not one of them was lost or killed even though they had no food or supplies. God had protected them. At the end of the journey, Gladys fell very sick and almost died, but God had more plans for Gladys. She lived to serve the people of China for many more years.

Over her lifetime, Gladys saw many Chinese people come to know Jesus as their Savior, including government officials, lepers, children, Buddhist monks, and more. Gladys died in 1970 after serving and loving the people of China for many years.