Amy Beatrice Carmichael was born in 1867 in Ireland to a wealthy Christian family. Her life was filled with many nice things until her father’s flour mill began to lose money, and then her father suddenly passed away when she was 18. The loss of the family business and her father sent the family into financial hard times. But her newfound poverty didn’t stop her from helping others. Amy made weekly trips to hand out food and gospel booklets to the mill workers who lived in the slums. She set up Bible studies for the young women and girls, and soon hundreds were gathering to hear about Jesus and learn more about the Bible.

Amy then moved to England where she lived and worked in the slums. It wasn’t a nice place to live because there were many bugs and rats, but she loved the people and wanted to share the gospel with them. But Amy soon got sick and had to go stay with a family friend. While staying with the Wilsons, Amy heard Hudson Taylor—the famous missionary to China—speak. She knew she wanted to be a missionary too.

At first Amy was rejected from missions work and was sent back home because of her health, but she kept trying. And, finally, in 1894 Amy left as a missionary to India. She had to learn the difficult Tamil language and study the Hindu caste system. This system said that certain people belonged to different classes and that people in certain classes were more important than others. But Amy knew that all people are equal in God’s eyes, and this is the message she shared to everyone who would listen as she traveled throughout the countryside. To better fit in with the people, Amy wore the Indian sari (a special kind of dress) and dyed her skin dark brown with tea bags and coffee.

Amy soon realized that many young girls and women were sold by their poor parents to the Hindu priests and the temple. The parents thought it would gain favor with their gods. These girls were treated very badly, and Amy knew she must rescue them. Amy and the other women she worked with rescued hundreds of young girls, and eventually boys, and cared for them. Many of these children had never been loved. However, through Amy, their Amma (the Indian word for mom), they learned what love is and that God loved them.

But then, in 1931, Amy fell and was badly injured. She could no longer walk. For the next 20 years Amy ran her rescue home from her bedroom and wrote books about her missionary work in India. Even though she was hurt, she still continued serving the Lord and sharing Jesus with others. In 1951 Amy died in India. A fountain was built over her grave with one word engraved on it: Amma. 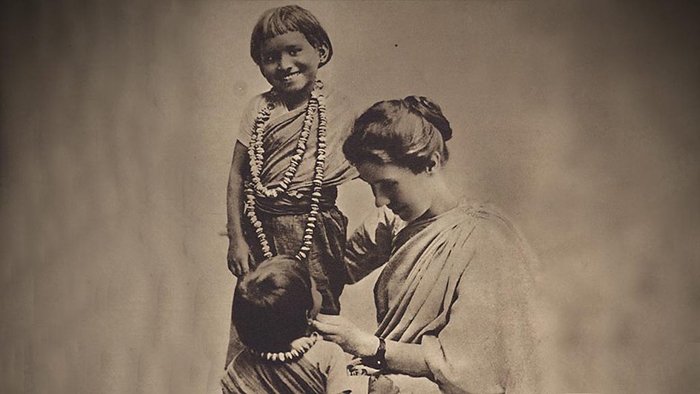