Is The Tower Of Babel Still There?

Is The Tower Of Babel Still There? 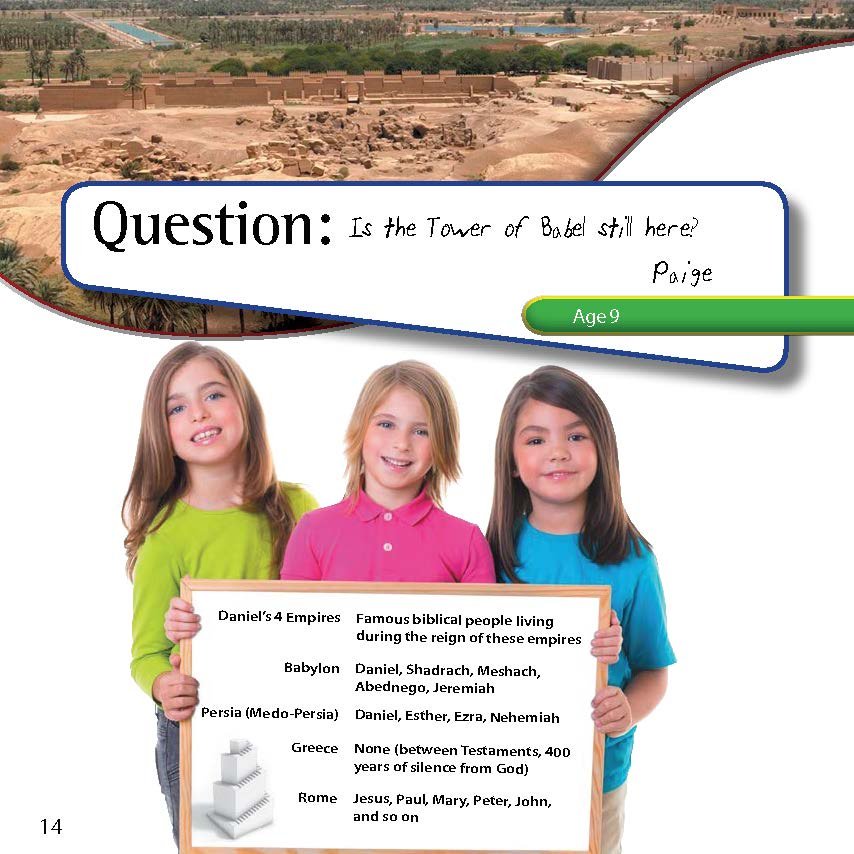 So the LORD scattered them abroad from there over the face of all the earth, and they ceased building the city. (Genesis 11:8)

The Tower of Babel is not around anymore. If it were, it would be over 4,200 years old. There are not too many things that can last that long, even if they are made from baked bricks!

The Tower of Babel was said to be an old run-down building over 2,500 years ago. The ruler of the Babylonian Empire, Nebuchadnezzar, wanted to tear it down and rebuild it. But he didn’t get an opportunity to. He said,

“Since a remote time, people had abandoned it, without order expressing their words. Since that time earthquakes and lightning had dispersed its sun-dried clay; the bricks of the casing had split, and the earth of the interior had been scattered in heaps.”

After the Babylonian Empire, other empires came to power. Daniel, who lived during the same time as Nebuchadnezzar (and lived into the Persian Empire), prophesied about these kingdoms in Daniel 2.

Alexander the Great, who was the founder of the third empire (Greece), did tear down the Tower of Babel. He also wanted to rebuild it. But Alexander died at a very young age, before he could rebuild it, so the tower passed into history.