The Magnificent Marvels of Space

Get answers from Commander Barry Wilmore, a retired US Navy captain and astronaut!

Stare up into the sky on a cloudless night, and you’ll see thousands of twinkling stars shining like tiny diamonds against the velvet background of space. In addition to these stars, space is filled with moons, planets, and other objects that are gigantic and truly out-of-this-world. Astronomers (scientists who study space) are constantly making new discoveries in our solar system, some breathtakingly beautiful and others shockingly bizarre. The more we learn about our galaxy and its many mysteries, the more we marvel at our majestic, all-powerful God. 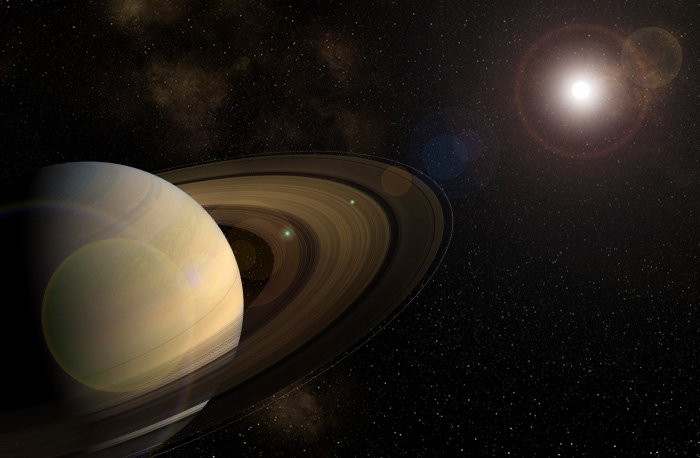 Saturn has over 80 moons. Titan, its largest moon, is bigger than the planet Mercury.

Saturn is the second largest planet in our solar system (Jupiter is the largest). Saturn is easy to recognize because of its rings. From far away, these rings look smooth. But if you saw them up close, you’d see that they’re made of ice, dust, and rock. Some of the particles are smaller than sand, while others are larger than a school bus. They circle around Saturn like a cosmic hula hoop because of the planet’s gravity. The rings are thousands of miles wide but average less than 50 feet thick. And if you think these rings look super cool—well, you’re right. They range in temperature from -261 °F to -333 °F. Brrr!

The largest known star is Stephenson 2-18. Around 10 billion suns could fit inside it!

Our sun is an average-sized star. But despite being “average,” it’s still so big that over 1 million earths could fit inside it. The sun is also incredibly hot. Through a process called nuclear fusion, the temperature of the sun’s surface reaches 10,000°F. That’s five times hotter than volcano lava! This intense heat is why you can feel the sun’s rays on a summer day, even though the sun is 93 million miles away from earth. If you rode in a car going 65 miles per hour (and never stopped for gas), it would take you around 165 years to arrive at the sun.

Even though nebulae are huge, they don’t have much mass.

When you think about space, you probably think about stars and planets. But the “empty” space between the stars (known as interstellar space) also contains incredible examples of God’s creative design. 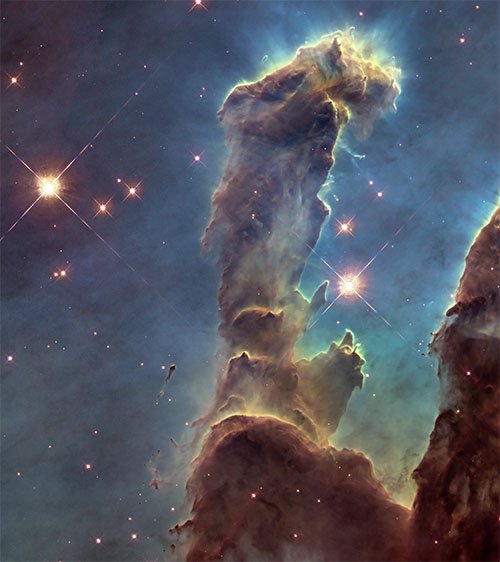 A nebula (plural: nebulae) is an enormous cloud of dust and gas. The Eagle Nebula, which measures over 300 trillion miles wide, is the most famous of these gigantic space clouds. Within this nebula is a formation called “The Pillars of Creation.” This unusual formation has amazed people with its beauty since it was first photographed by the Hubble Space Telescope in 1995.

Sagittarius A* is a black hole at the center of the Milky Way. Though most black holes are fairly small, this one is around 15 million miles wide.

Of all the things astronomers study, black holes are among the strangest. Despite their name, black holes aren’t really holes. They’re objects containing so much gravity that they pull anything nearby into them—even light. Black holes are kind of like giant vacuum cleaners pulling dust, gas, and space rocks toward them and swallowing them whole. Giant black holes can even devour entire stars! By studying how space materials and light are “eaten” by black holes, astronomers are getting a better understanding of these mysterious objects. But don’t worry. Earth is a really long way from the nearest black hole.

Earth and the other planets and objects that orbit the sun form our solar system. But our solar system is only one tiny part of the Milky Way galaxy. Our galaxy is named the Milky Way because it contains billions of bright stars that make it look like a swirl of milky white light. Our solar system contains 8 known planets, but astronomers have confirmed over 5,000 planets orbiting other stars within the Milky Way. They estimate that over 100 billion planets exist in the galaxy overall. And just think—out of all those planets, only earth was specially created by God to be a home for life. 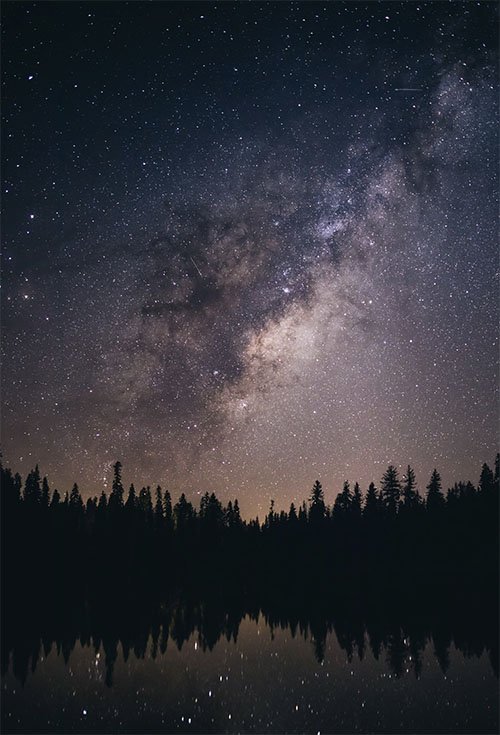 Because space is so huge, astronomers measure distance in light years. A light year is the distance that light can travel in one year’s time. Light travels at over 670 million miles per hour. That means that one light year equals 5.88 trillion miles. Our nearest neighbor galaxy (Canis Major Dwarf Galaxy) is around 25,000 light years away. That’s super far!

Studying the magnificent marvels of space reveals many mysteries about God’s cosmic creations. Unfortunately, many astronomers believe that what they see proves that our universe came into being without God’s help. But God’s Word says, “In the beginning, God created the heavens and the earth” (Gen. 1:1). The same amazing things about space that scientists say prove evolution actually show us that only an intelligent Creator could bring about such wonders and keep them all working together.

The universe is vast, complex, and largely unknown. Though we don’t understand everything about planet rings, black holes, and nebulae, we can still look up and thank the God of all creation for his incredible design. Psalm 19:1 is certainly true: “The heavens declare the glory of God, and the sky above proclaims his handiwork.”

Answers from an Astronaut 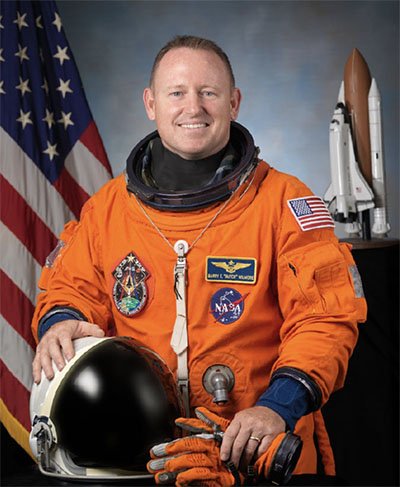 Commander Barry Wilmore, a retired US Navy captain, has piloted two space shuttle missions to the International Space Station (ISS) 250 miles above the earth. So far, he has spent 178 days in space. In 2023, he will fly a new kind of spacecraft, the Boeing Starliner, on its test flight to the ISS. What is it like to be an astronaut? Commander Wilmore answered your questions!

How fast does your spacecraft go?
—Isaac (age 6, Ontario)

» Good question, Eli! We actually eat similar items to what we get on earth, like meat, potatoes, cereal, vegetables, and sweets.

What is your favorite part about being an astronaut?
—Ava (age 12, SC)

» It’s hard to pick, Ava! My job provides a lot of variety. One day I’m in a simulator launching the spacecraft into space, the next I’m docking to the ISS, the next I’m training for a spacewalk in the enormous pool we use for that training, the next I’m flying from Texas to Florida for work events—and the next and next are just as different.

How do astronauts sleep in space without floating away?
—Felicity (age 10, GA)

» We sleep in a type of sleeping bag that we attach to the bulkhead (wall).

The Magnificent Marvels of Space 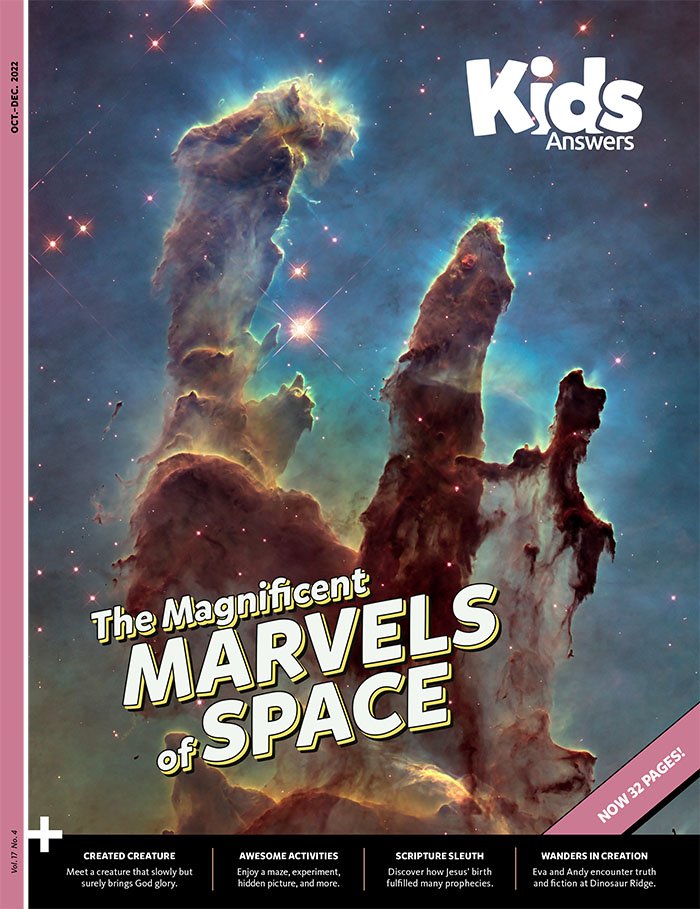 The more we learn about our galaxy and its many mysteries, the more we marvel at our majestic, all-powerful God.